Call of the Wild Things and Stuffs - Bet

I'm sure all of you are super super jealous that we finally got some snows.  I know a lot of peoples that want snows, but don't have snows, and some peoples even have summer weather in the winter.

But we have the snows!!!  So what do we do when it snows?

Other than run the Pretty Curly Tails on the sled, and play in the snows and all that stuffs and things...

We accompany the Musher and Fran and whoever else happens to be around and while they walk around on really BIG shoes that they call "snow shoes" (except they aren't made out of snow) and we play in the snow.

We love hiking in the snow.  Since it's cold, a Coolie needs an ensemble and it was kinda difficult to find one that would actually fit Twig.  She's growing like a weed (and hogging the clouch and frankly is getting a bit too heavy to be sleeping on me, but she is adorable). 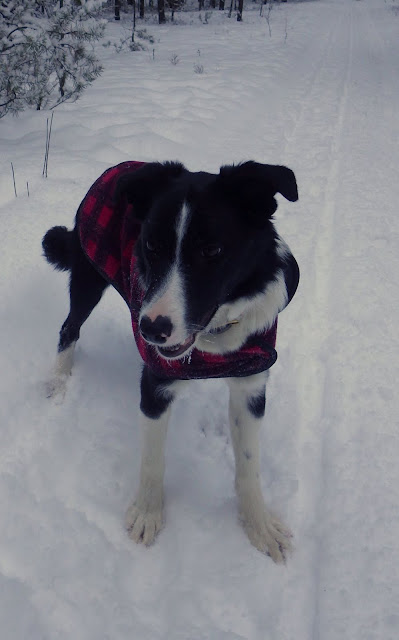 You may recall this stunning little number that I wore on some of my fantabulous trips assisting the Musher on her races.  It was a bit snug, but fit Twig well.

I chose my blue ensemble because not only is it warm, but it's a bit water resistant and keeps my furs dry. 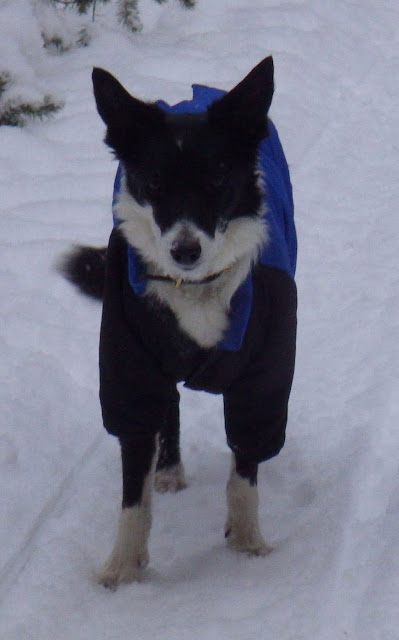 So, mid-way in our nice little stroll, Twig comes up to me and says

Twig has been spending way too much time with the Pretty Curly Tails who love to play the "wolf and caribou" game where one Curly Tail is the caribou and the rest are wolves and they chase the hapless caribou until they catch it, then someone else gets to be the caribou and this goes one forever if someone doesn't stop them.

Bear is too big to be a caribou, so Bison comes to mind... frankly actual bear comes to mind, but it's no fun to chase a real bear because they have sharp claws and teeths and aren't very nice and typically don't like being chased, so I can see Twig's point but still... not a good idea in my opinion.

Herd Bear?  I almost piddled a bit when she said that.  I advised her that it probably wasn't a good idea.  He's large, but he can move when he wants to.


Even though I told her it wouldn't be a good idea... she insisted. 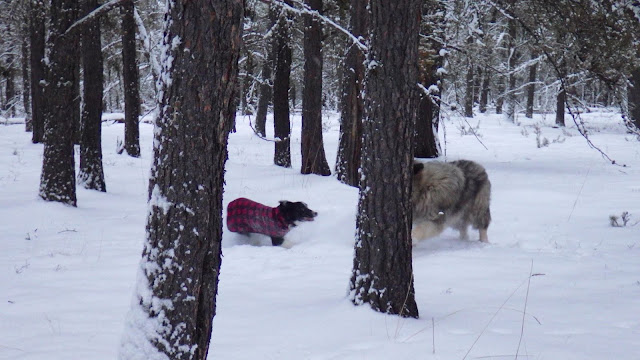 Despite my warning... of they went.. 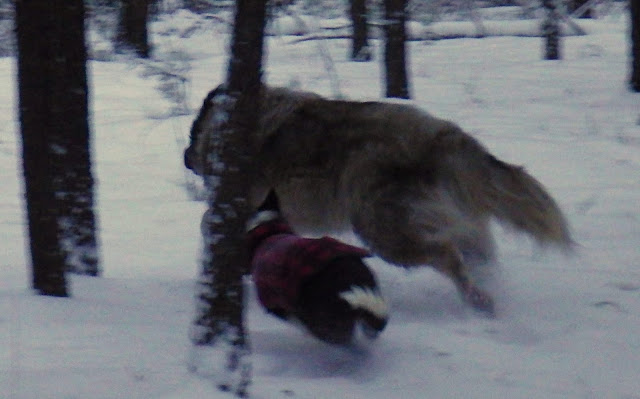 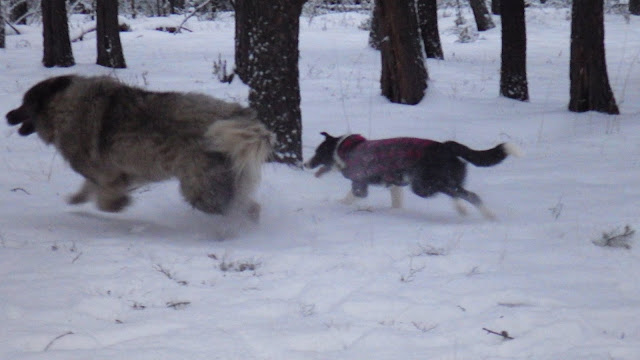 Musher was laughing so hard she couldn't focus the camera... I was worried that my plaid ensemble wouldn't survive. 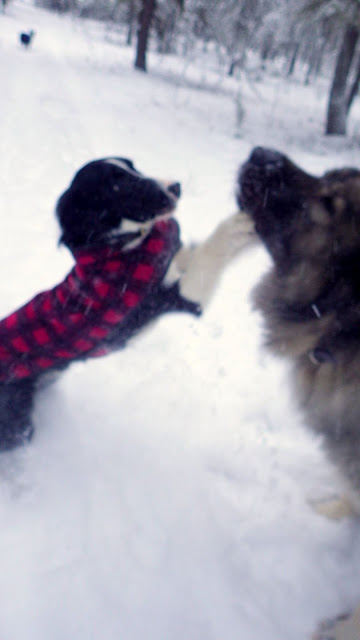 It was all fun and games and then she paw smacked him and then it really was game on... buffalo got mad. 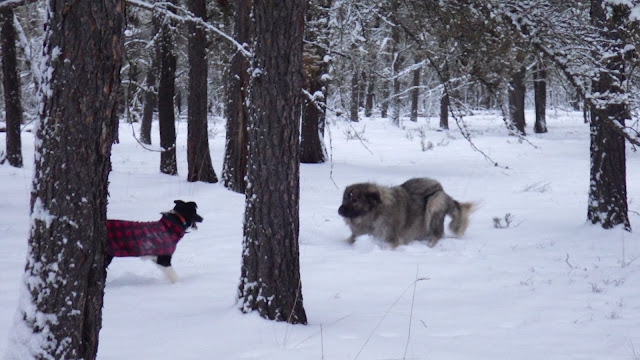 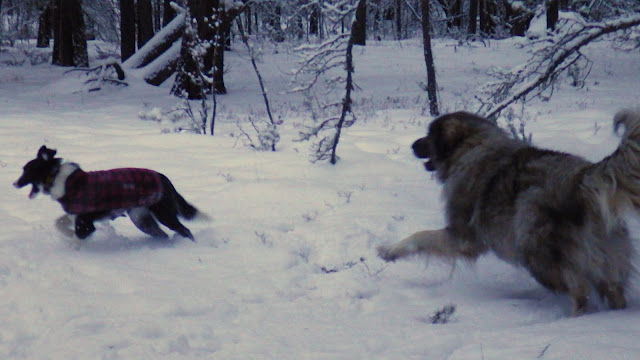 The angry Bearfalo turned the tables of Twig and gave chase. 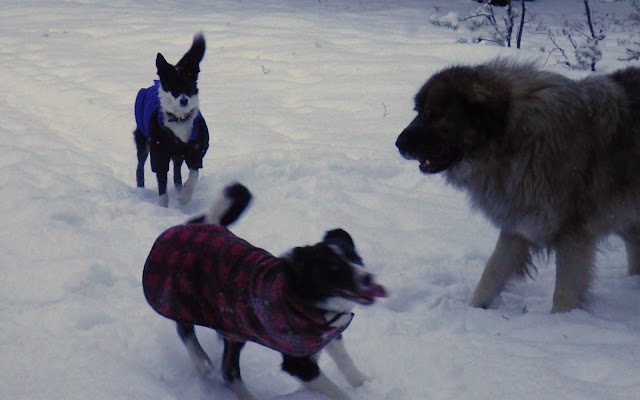 Well, you certainly don't drag an angry Bearfalo toward your loved ones silly Twig!  Thankfully Bear has a good sense of humor and was just playing.

It was a nice stroll through the snow.  Twig and Bear were worn out and I think the Musher pulled a muscle laughing.