Utah
Well, as you have all noticed, neither Mark nor I has found the time to sit down and tell the tales of our trip to Saskatchewan yet. I still hope to, at least, get mine done - maybe in the truck on the way to our next race. That is if I get bored of sleeping, which is the first thing I was hoping to catch up on.

Anyway, as I've alluded to in a few posts, being unable to find kennel help has led to some changes to our race plans. The original plan was to go down to Utah for the Cache Valley K9 Challenge and then head straight up to Saskatchewan for the Canadian Challenge. However, after much consideration and fussing over calendars and schedules, it became apparent that one of the races had to go. It makes more sense, in my mind at least, to run two teams in the Utah race, than one team in the Canadian Challenge - so I have advised the folks in Saskatchewan that I won't be attending this year.

For awhile it looked like Utah might be out of the question too. But while it will make for a busy week when we get home and prepare for my departure for Alaska, both Mark and I feel it is important enough for our team that we have committed to making it happen.

So this weekend, you can follow the Cache Valley K9 Challenge online. There are several maps of the race available on the site.

The dogs are all doing very well - sassy and spunky. Although things may change at the last moment, right now it is looking like my team will be:


With Mark's team being:

Don't read too much into what dogs are on what teams - there is a multitude of reasons for why each dog is where.

You might notice that Draco is not on the list. He seems to have an on again/off again limp going on. With his age, I just don't want to push him and risk making something permanent, so he has retired - but I haven't actually told him that yet.

Draco
For those who follow the team an are curious about Surge, he was cut from the team (and effectively retired) right before we left for the Sheep Mt race - but he has left us a great legacy, as his children Watt, Charge and Tess are all significant dogs in our team this winter. Draco's babies aren't old enough to race yet, but I'm sure they will be stars too.

Surge
I'm afraid that is all for today. Hopefully things will settle down once I'm in Alaska and food drops are in (mid February) and I can get a few more 'newsy' entries done up!

Additional note:
There will be two teams at the Canadian Challenge in the 6 dog class with dogs from our kennel - Mike Carmichael's (Carmacks Siberians) and Rick Austin's (Tucoldturain Siberians). (Mushers bios)

BTW - we are very proud of both teams. Rick finished 12th in the La Ronge Neckbone and Mike finished 2nd at the Eagle Cap 100 last weekend! Our congratulations to all! 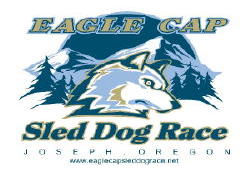