I hope you are all out enjoying your beautiful weather, or hiding from the oppressive heat, or cowering from the flash floods, or whatever you are doing, but having fun or somethings... and stuffs.

We all went out for our ceremonial Blueberry picking festivities!!!

We ran, but the Musher rode her trusty fat bike... erm, that seems a bit harsh... her full-figured bike!

Because blueberries are tasty, tasty to bears, we go along to alert the musher if any bears come along.

So, the Musher picked some berries, Twig ate so many she's pooing blue, and Zac wasn't exactly thrilled with the whole adventure-less adventure.

I just went home and took a nap because ooosh, that's exhausting work.

Herding Trials as Explained by Bet

Howdy Ho Everybodies, and what an exciting time we've been having lately!

Normally in the summers, we just lounge around and wait for it to snow, but now with a house full of Coolies, the Musher has a warm weather thing to do!  Herding Trials!!! 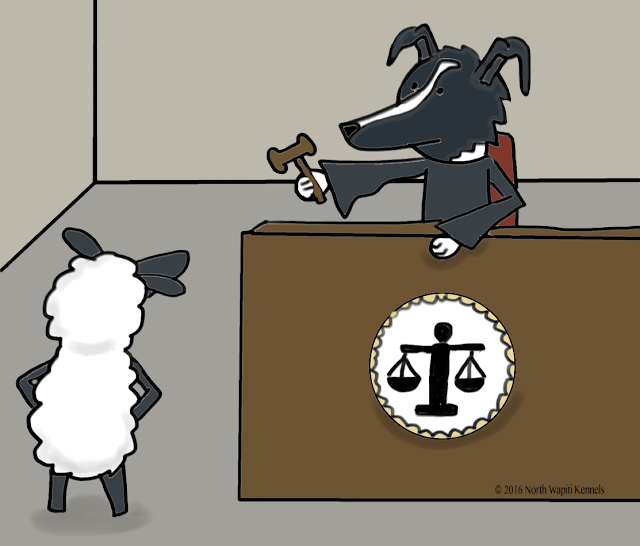 Oh no!  Not that kind of herding trials, although those baa baa sheepy things do deserve to be put away for good.

I'm talking about the Herding Trials where we Coolies go out and make the baa baa sheepie things go where we tell them to go.  Full disclosure: after the movie "Babe" the baa baa sheepy things changed their stupid secret code, so that doesn't work any more... stupid movie.

The Musher took Zac to a herdie trials thingamabob the other week.

Ok, I must admit that calling her "The Musher" when she's herdy herding is a bit weird, so maybe the Merder... um... that sounds oogie.  The Husher!

Ok, so the Husher took Zac to the herdie trials doohickey the other week, and since she's never done herdity herdy herding trials, she should have started out at the 'Novice' level, but Zac is a professional herdie herder Coolie, and he's been trialed at a higher level with his previous owner, Noelle Williams.  That means that they had to compete at the 'Pro Novice' level.  Wow!  No pressure there at all.

Zac assured the Husher that he had her back, and he sure did!

This is how the herdity herdy herding trials work:  You start off with 90 points (you may want to go get a calculator now), and if you make mistakes, they take points off.  The judge assigns an allowed time to get through the course.

The handler must stay at the post until the sheep have negotiated the second set of drive panels, after which time they need to move to the pen.

I have no idea what all that means, so let's take a look at the professional Husher drawing of the course, which I'm sure will make everything crystal clear. 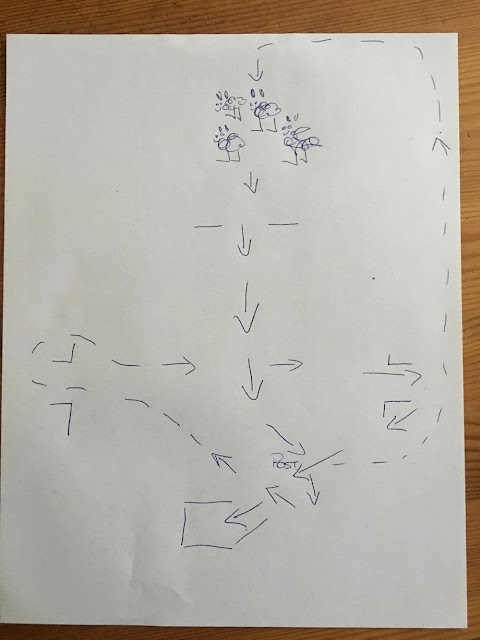 Umm... are those rabbits?

Ok, how about a drawing with subtitles: 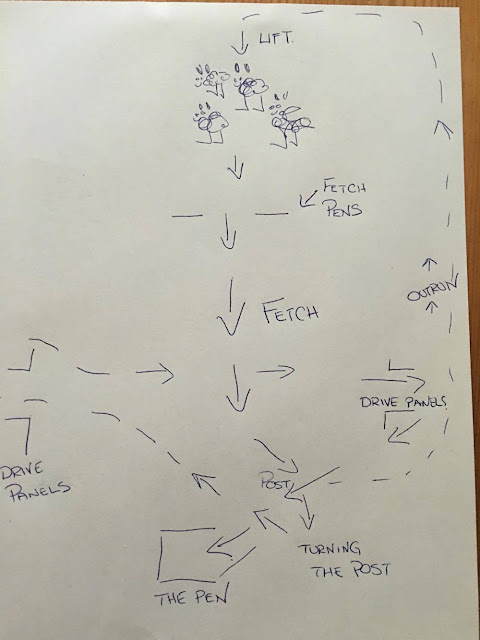 I'm pretty sure those are rabbits, but whatever...

Ok, so the first part is the "OutRun", where the Coolie runs out to the rabbits... I mean sheepie things.  The goal is to have the coolie run around and behind the sheeps without disturbing them.  Disturbed sheeps tend to flee willy nilly.

The goal of the "OutRun" is to run out, but not too far bendy and wasting time (lose points), and not too straight and freaking out the sheeps (lose points and sheep poo all over).  The Coolie has to do the outrun all by themselves, if the handler has to correct them... yep, they lose points.

The Lift is where the Coolie makes contact with the sheeps and begins to move them.  This is supposed to look like the sheeps up and decided to move on their own, perhaps a group decision to go get some coffee and croissant (as sheep like to do).

The lines that the sheeps move in is very important.  They need to move in a direct line between each obstacle.  Points are taken off for being off-line or if all sheep don't negotiate an obstacle. 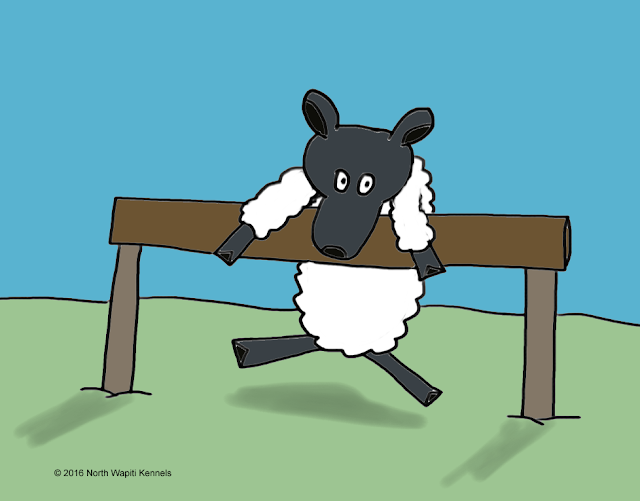 After the lift, the Coolie needs to move the sheeps (with direction if needed) in a straight line to the handler, moving the sheeps through the Fetch panels.

Note - a sheepdog's instinct is to bring the sheep to the handler, so 'driving' the sheep away from the handler - or cross the field is a trained skill.

The sheeps go through first set of drive panels, across to the second set and then to the pen, where the handler will have opened the gate and waiting.

The sheep are driven in the pen and the handler closes the gate.

There are commands for each of those maneuvers, either by voice or a whistle.

So, the voice commands for all of that are:
"Away to me" - Circle counter clockwise
"Come By" - Circle Clockwise
"Walk Up" - Move straight on the sheeps
"Lie Down" - take a load off, hang out
"Time" - take your time or slow down
"That'll do" - basically a recall, stop herdy herding

The commands can be nuanced for more detailed instruction, like Awaaaaaay to me means wider circle, and bring me a laaaaaaaate means go get her a latte.

There are other types of trials that include a shed 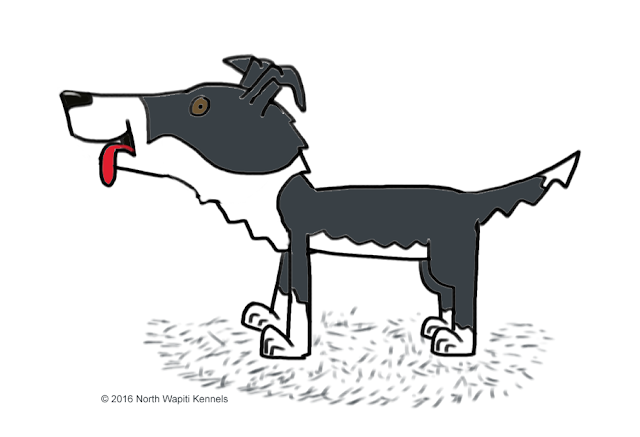 Ok, not that kind of shed, a shed is where the Coolie has to peel off a certain number of sheep from the herdy herd that they're herdy herding. 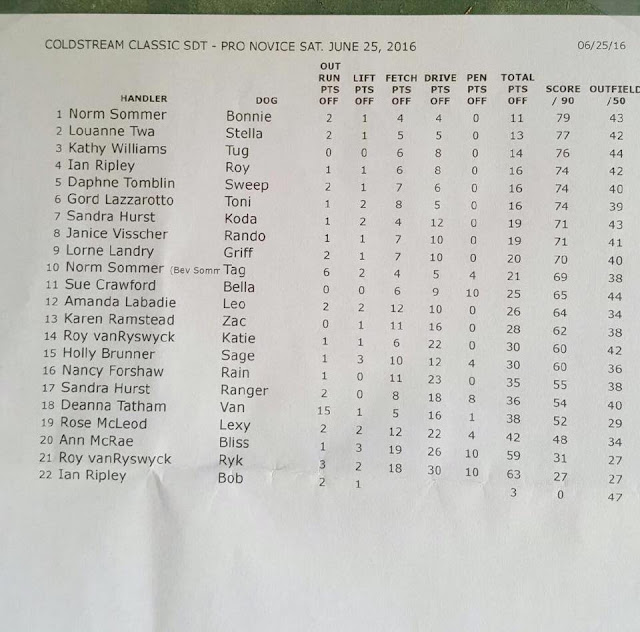 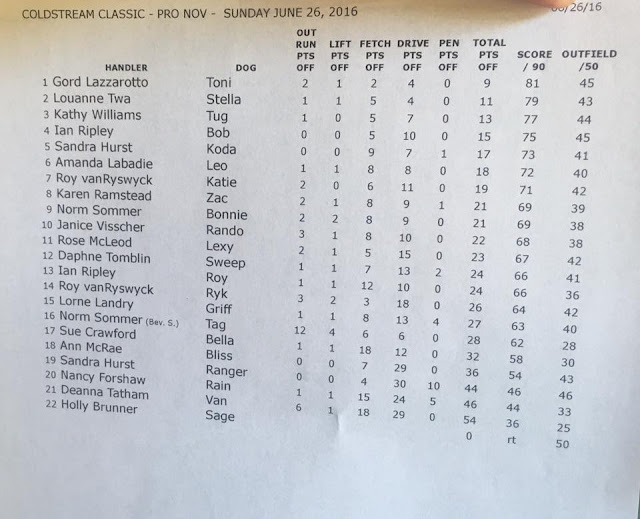 And now for my favorite command:  Bucket!! 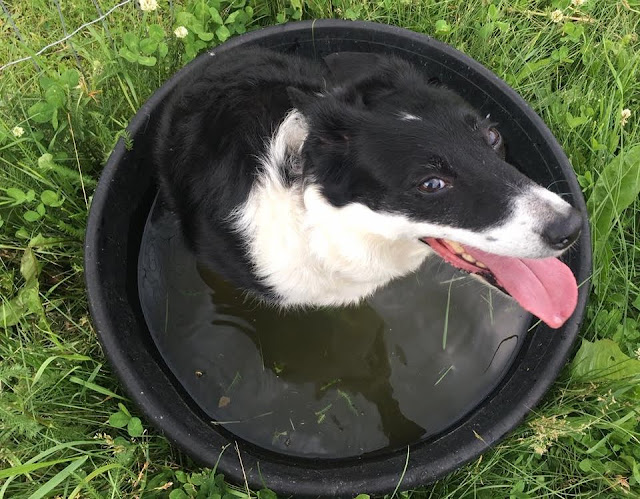 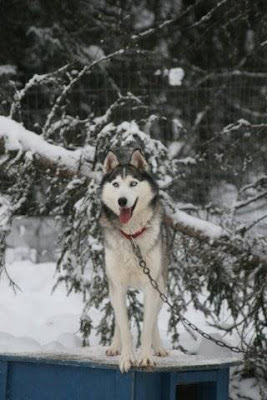 He lived his entire life on his terms. Didn't make my main string till he was 5, never cared to lead and yet was still was a key team member.

The last few months he refused to eat out of dog dish and shared his meals with a raven. That was so Barq. I fed him on the ground and gave him extra so he had some to share.

Today, Sven - one of the many kind and compassionate vets at the Westlock Vet Clinic, suggested we lie him down to make his passing easier. I told him that was unlikely to happen and sure enough, Barq took his last breath on his terms - on his feet.


Big dog, big stride, big work ethic, big personality........ big hole in the kennel and in my heart at his passing.

Modeling Tips From Cindy Lou Who

Good Afternoon all of you non-models.

Tip #1: Always pose for the camera, even if there are no cameras, there could be a camera somewhere, so just in case there's one hidden in a pocket... pose. 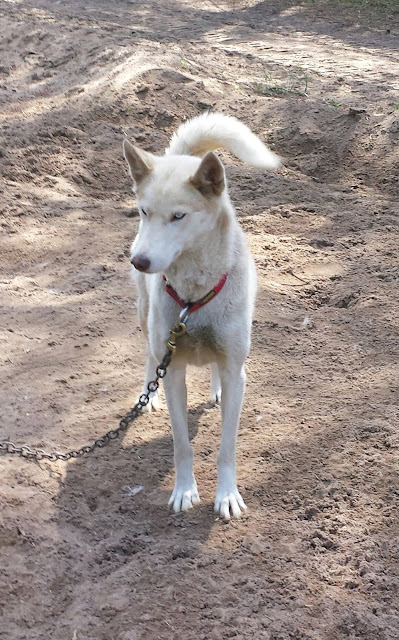 Tip #2:  Even while doing the most mundane thing, do it with style, pizazz, flair, gloriously.  You should never be seen doing something without making it look fluid and wonderful, but spontaneous. 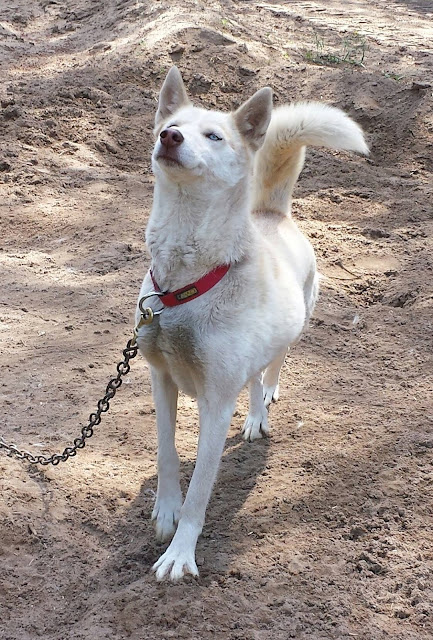 Tip #3: If you are stretching, and doing it magnificently, and you happen to pass a little wind in the process... 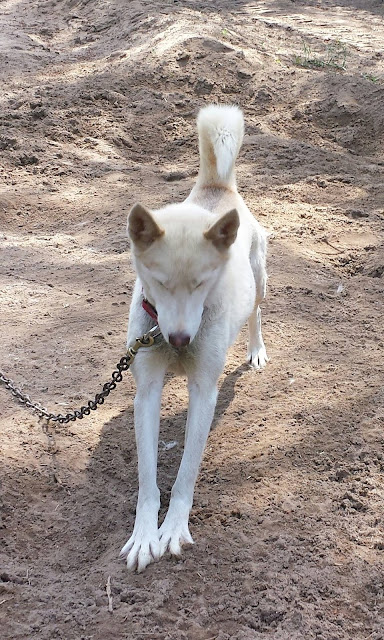 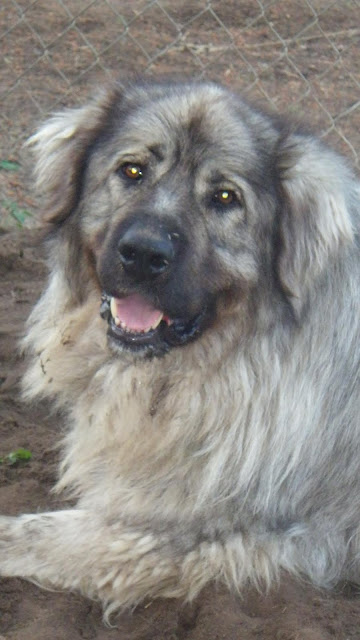