I wrote this my last day in Oz, but didn't manage to finish it up and get it posted until today!! Whooops!!

Today is my last day in Australia. It has been a wonderful and memorable trip. I owe so many folks thanks for so many things....I hope I don't miss any of you, but I'm sure I will!!!

First and biggest thanks go to Andrew, Lisa, Caleb and Wrench Gersbach for completely taking me under their 'wings' and watching over me for my time in their country. After every flight or change of 'guard' there was always a text or email coming from them making sure all was well. You were fantastic hosts and I am so very appreciative. I hope and suspect that our trails will cross many times in the future.


Chris, Shane and Shirley Smith were terrific hosts to me in Sydney. Chris, of course, is no stranger to me, but his brother Shane and sister-in-law, Shirley, just stepped up and took me in like they had known me for years. So kind.
Shane should take up giving tours of Sydney for a living. He was a great guide and took me to see all kinds of great places!!!! 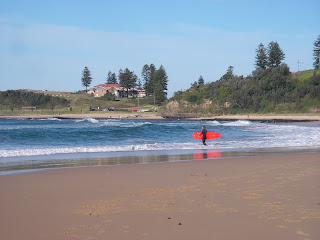 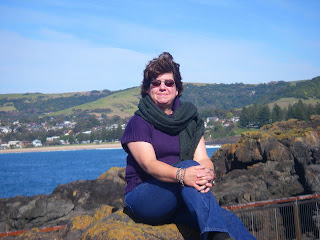 Yvonne Peheim was wonderful about making sure I got to experience the sights, sounds and tastes of Melbourne and surrounding area! Too fun Yvonne!! 'Roos rock!!! 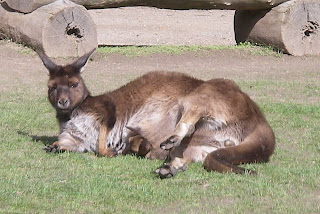 And the lovely Erin O'Shea and I had a great time on our day tour of Melbourne. LOVE all those alleyways and 'arcades'. How wonderful!! And no fear Erin...your secrets are safe with me!! LOL 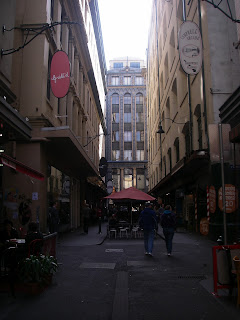 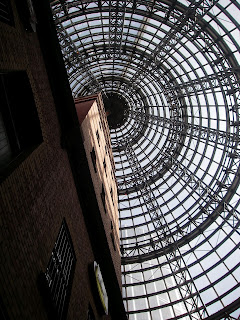 It was fabulous sitting around chatting dogs and visiting with Cheryl Smart (and Charlee, of course) and my horseback ride on the beach is fondly embedded in the memory banks!!! Thank you so much.


Sophia Dalidakis is just a truly cool person and I owe her a huge amount of thanks for so many things over the last week that I can't really begin to mention them all. Let's just say 'the picture' will never surface, Soph!!!!

Thanks to David and Susanne Hodgson for all your work organizing and the terrific time at the Siberian Husky Club of Victoria Club Weekend!!! The trip would have never happened without the two of you and I'm very thankful!!!


And THANKS to so many folks that did so many other kind things for me....like giving me rides, loaning me bikes, feeding me, jousting with me, giving me great wine...and making me laugh!! So fun!!

And to Australia....thank you for 'roos, caramel slices, honey joys, 'roos,  great red wine, 'snot' blocks, teaching me to love oysters on the half shell, soft shell crab, 'roos, flat whites, Pavlova, snow gum trees, so many fabulous varieties of beautiful birds, glorious beaches, koalas, wombats, skies filled with stars I don't see at home, the harbors of Sydney and Melbourne, the Sydney Tower walk, James Squire hard cider, Healthy Grilled Burgers goat cheese and hummus lamb burger, have I mentioned 'roos??, awesome black licorice, Tim Tams, taking the English language places I couldn't have believed, giving me a new appreciation for beetroot, Sticky Date Pudding, Uggs, Aussie Pies (which contrary to the 'sales pitch' given to me didn't taste like cat food), rig jousting (and for the record, Darren Watson believes he and I may be the WORLD CHAMPION rig jousters!!! Could be....we were awesome!!! LOL)  .......and hundreds of friendly, funny and engaging Australians!!!!! 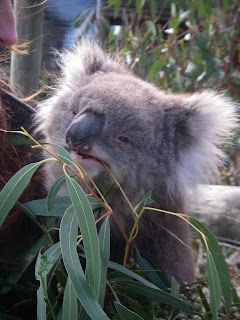 It was an amazing and fun-filled three weeks!!! 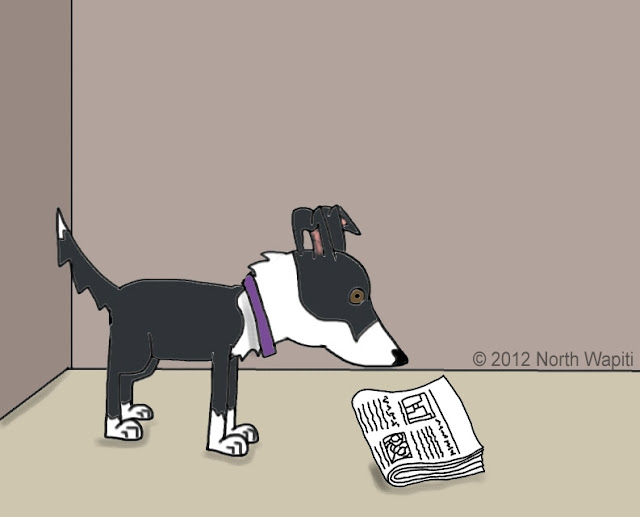 This just in to the Border Collie Broadcasting Center!!!!

The Musher will be appearing at the following venues in the near future!  Mark your calendars, start your engines, bring some snacks, and settle in for a rousing Tales on the Trails presentation!

22 September 2012
Canadian Challenge Vet Education Seminar
More details forthcoming as soon as someone at the Canadian Challenge gets back to me.  For some reason they think it's strange to have a Border Collie e-mail them asking for information... go figure.

Here's the pretty flyer that Heather Minion helped create for it! 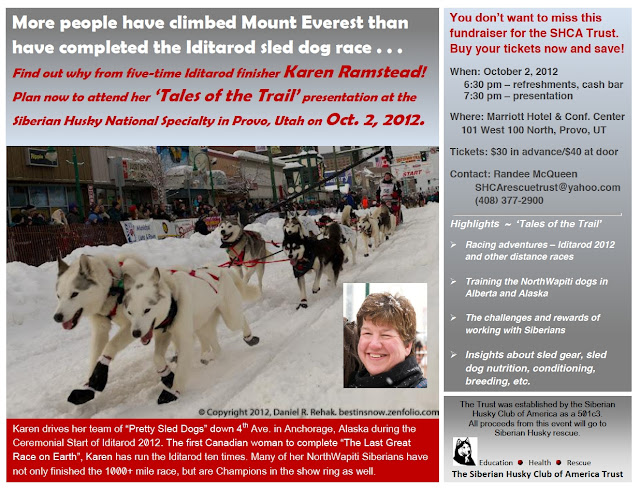 Yes, yes, I'm so sorry that we've been neglecting the blog and the Facebooks again.  I just want to assure you that we are busy, busy, busy little bees that flit around your face with their ouchy stinger things and threaten to jab you in the face AAAAAH... oh sorry... we've actually been busy plotting and planning things for the upcoming training season.

Yep, while the Musher is hard at work doing mushing stuffs and things in Australia and finishing up her Tales on the Trails... um... ahem... yeah...

Anyhoo!  Before I get into all of that plotting and planning and what's coming up in the next month or two or three or so, I just wanted to clarify some things like THIS!!!!


Apparently while she is there, the Musher is getting some crazy ideas from the Australians, namely that Border Collies make wonderful sled dogs.  I'm pretty sure the only reason Trix and Bronson are smiling is because they are good sports and would much rather herd something nice like a wombat, or someone is holding a plate of waffles just out of camera view.

The Musher seems to think that sled dogs are the ultimate athletes and contributors to good things.  After all, they did save the whole town of Nome from the icky Diptheria disease, so sled dogs have made major contributions to society, but I would like to point out some of the contributions that Border Collies have made in history.

If it hadn't been for Border Collies, Robert Goddard wouldn't have made the first rocket that propelled astronauts to the moon. 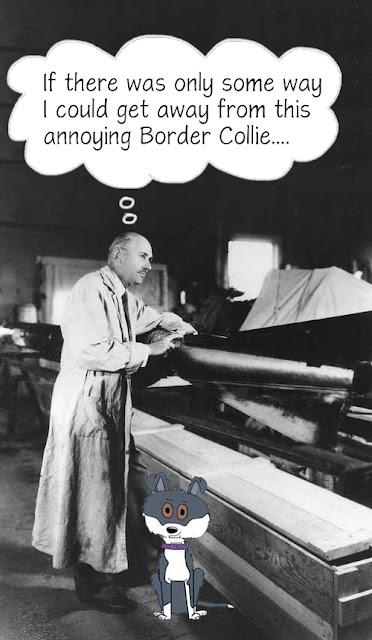 Yeah, betcha you didn't know anything about that, did you!  I didn't think so.

You probably also didn't know that Border Collies helped invent the lightbulb, as this picture with one of my distant ancestors with Mr. Thomas Edison proves. 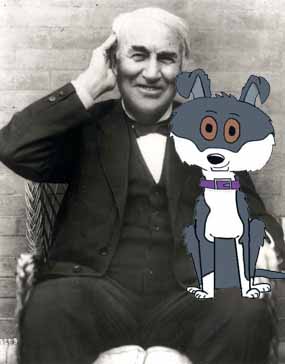 So although we're not much brawn, we are all brain and frankly a bit too smart to be pulling a sled around... 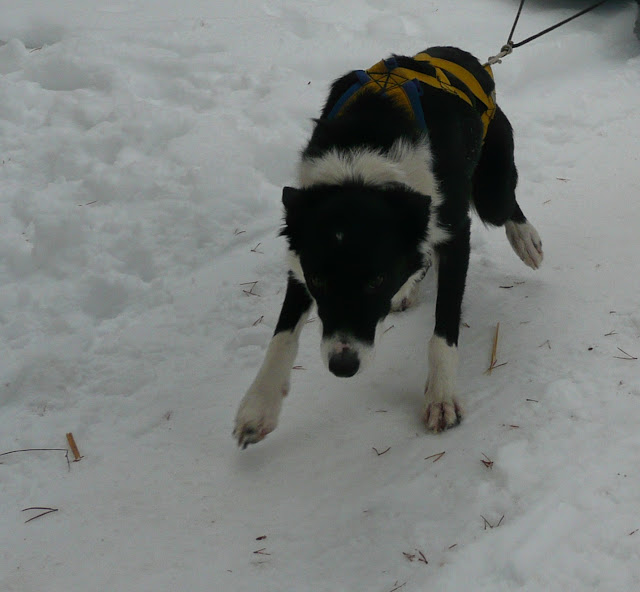 ahem... well... I didn't say we wouldn't do it if asked nicely and bribed with waffles.

When the Musher got to Australia, she called home and asked me what I wanted her to bring back from her trip.

Now that I know that "Blooming Onions" are a myth (I really wanted to plant one just to watch it bloom... I hear they are already pre-battered), I was trying to figure out something cool the Musher could bring me, when she posted this on the Facebooks and asked how I'd like my own "roo". 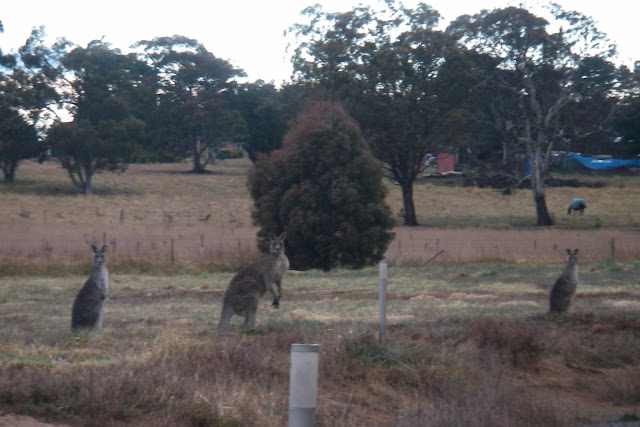 I really had to think hard about that, because we all know just how well that whole herdy bunny thing worked out.  By the way, last I heard the herdy bunnies were working on oil rigs in Wyoming.

Anyhoo, I looked on the wikipedias first before answering her.  I just wanted to make sure they weren't dangerous, high maintenance, or annoying, and that's when I found out about their handy little pouches!  They also hop really really fast and stuffs and things, and you know... the Cramplings and Whos are getting pretty fast, so it's a bit hard to keep up with them...

So, I contacted the nearest dealer and gave one of them a test drive. 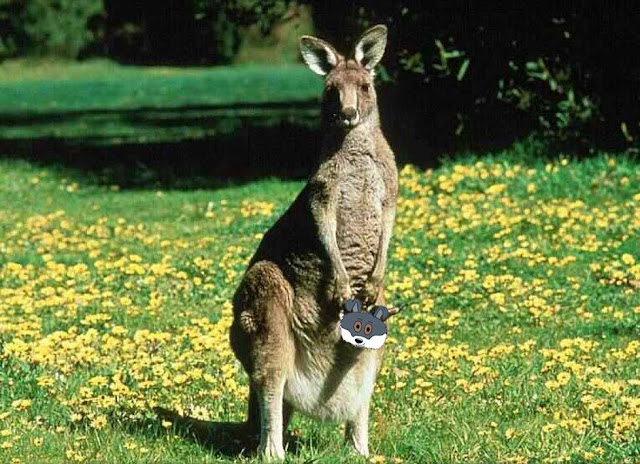 I gotta say, it's pretty roomy, and I LOVE the heated seat!  The ride is a bit bouncy, wouldn't recommend driving one after a large meal or if you have to pee, but overall it was a rather pleasant experience.  They are 3-toed drive, so there may be some traction issues in the snow, but I'm pretty sure they can just leap over the snow as opposed to plowing through it.

The only real downside that I could see was that they are really big!  I'm pretty sure they require a LOT of fuel, and the garage is already pretty cramped, so I thought I'd try the sport version. 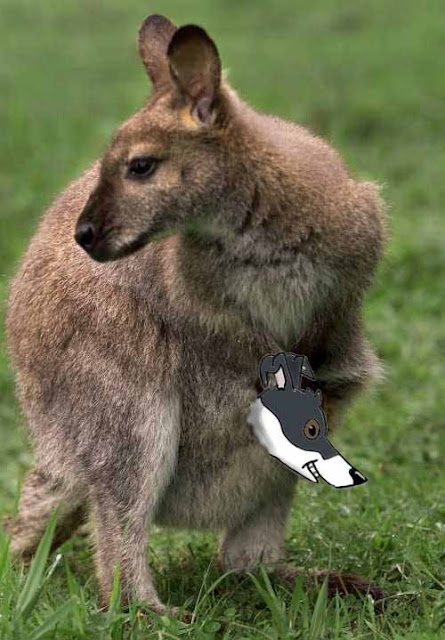 So here is the 2012 Wallaby!  A much smaller, sportier version of the Roo 2012.  Does 0 - 10 mph at break neck speed (no seriously, it really hurt my neck), and is able to make tighter corners, but the leg room is lacking, even with the heated seat, I could see having some serious crampy toe issues if I was driving any real distance in the 2012 Wallaby.

Just to make sure I didn't make any spur of the moment decisions and have souvenir remorse, I looked at a few more presents the Musher could bring back to me.

The first is the Cuscus. 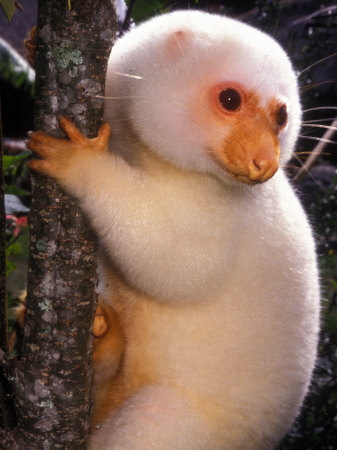 A marsupial with opposable thumbs, it mainly lives in trees when not served with meat or vegetable stew over it in Indian restaurants.   Meh, I have no idea what good could come of having one of these.

They sorta look like the Pretty Curly Tails, but I'm pretty sure they wouldn't be too keen on the cold Perryvale temperatures during winter.

I think we could probably use one of these Numbats They eat termites, and frankly I think we could make a good living going from town to town doing some exterminator work with a whole crew of these things.

I did consider the Kookaburra No beady eyes, no pointy pointy sharp beak, they actually prey on small icky things like snakes, lizards, hummingbirds... practically everything that weirds me out.  An added bonus is that their "call" sounds like people laughing!  How cool is that!

The one thing that totally turned me off on getting one is that they apparently sit in an old gum tree.  Ok, really?  We gotta put chewed gum in a tree to make this thing happy?  That's pretty nasty, seriously.

I'm still looking through the interwebs to see what else might be over there that I would want.  Frankly just having the Musher back home would be fine with me... it's boring here without her.

No Rest for the Wooly - Bet

Sorry about the lack of updates lately.  I hereby decree that the Musher and the Cartoonist are forbidden to travel or go on vacation at the same time.  I got locked out of the blogging thing because my dewclaw hit the wrong keys (another good reason to remove dewclaws at an early age) and had to wait for the Cartoonist to get back from lollygagging on the eastern shore beach to gain access again!

By the way, I would repost the picture she posted on Facebook of herself on the beach in her North Wapiti t-shirt, but some of you may be eating or be blinded by her legs, which appear to have never seen the light of day.

Anyhoo, I've been SO BUSY this past week. 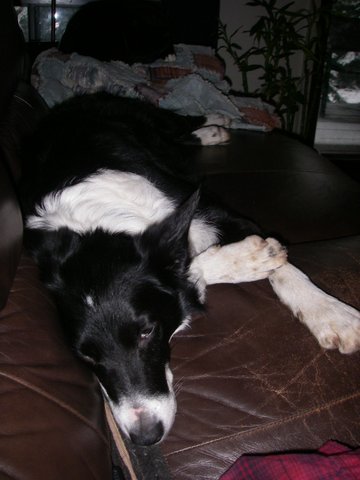 Now before all of you say "Hey Bet, you don't look busy at all, you lazy non-roving Border Collie reporter!"  Get a load of all of the work I've done this week!

Without the Musher around to run them, the Cramplings have a LOT of pent up energy to burn, and silly me, I decided that playing a bit of rugby would help wear them out a bit... needless to say, they liked the "scrum" part of rugby.