As you know from my letters, it's been a whirlwind of activity here at sheepy camp. Sheepy stuffs and junk. New friends. Playing in the mud. Staying up late. Crafty things with macaroni and glue.

But--I just found out about the "project" that is due! WHAAAAAT??? I was supposed to be working on it all week!!!

In a panic, I used my allowed weekly phone call and talked to Bet.  She just laughed at me! "You always wait until the last minute....it's your responsibility....blah blah blah..."

I waited while she was being all adult and stuffs. Then she took pity on me and offered a suggestion.

"Just gather a flock of sheep and spell out Happy Birthday with the sheep. That'll impress the other coolies. Your project will save me the trouble of doing the usual birthday bloggity blog for the Cartoonist. Oh, and use cursive for extra points !"

Ummm....I reminded Bet that I'm still a puppy. I've only herded a few sheeps and they went off in all directions. And no one in my generation even knows what cursive is!!!!! Sheesh!

So in desperation I went to the arts and crafts shed and came up with this.

It's the best I could do on a leftover paper plate from our cookout. Yes, I KNOW the sheeps are not pointing in the same direction. It was not easy getting them into the sink to pose!!  (I hope I don't flunk Sheepy Stuffs 101.)

Yeah, so obviously we REALLY need The Cartoonist to help us with art and jokes and junk for the bloggity blog.

Everybodies, please wish The Cartoonist a Happy Happy Birthday so she'll feel all special and warm and fuzzy and stuffs.

When I get home, I'm going to bake her this delicious cake. I'm having a great time here at Sheepy Camp!!!

I'm learning a LOT!!  I can't believe how much fun it is here!

I met a really cool friend, her name is Molly and she's golden!  No, really, she's one of those dogs that goes and gets things, so that's really handy! 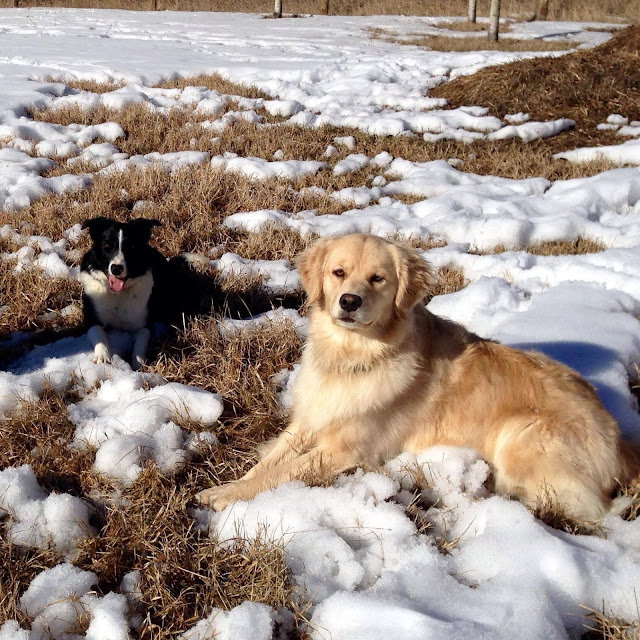 We hang out, we do things together, and she's really funny too! 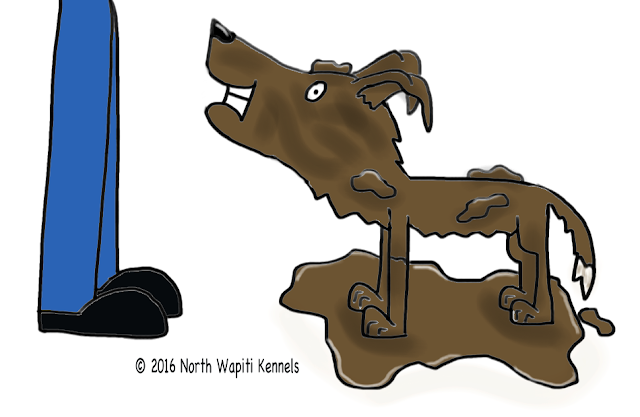 At night Molly and I talk about all of the fun things that we'll get to do the next day and laugh and laugh at my stupid brother.

My mom is even leaving me alone, but dad is being a bit of a butthead because he wants me to be REALLY serious about my studies and got mad because I didn't get an A in one of the quizzes.  He's soooooooooooo serious and borrrrrring.

Hope everything is going well there and all that junk.  Say hi to everyones and things and junk and all that.

We got our first letter from Twig all the way at Sheepy Camp today! 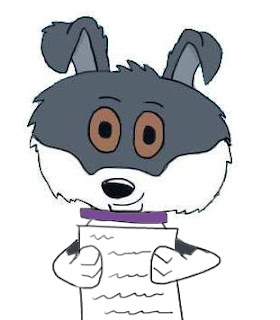 I HATE it here!

They serve me my supper all piled together in one dish - not served in courses as it should be. 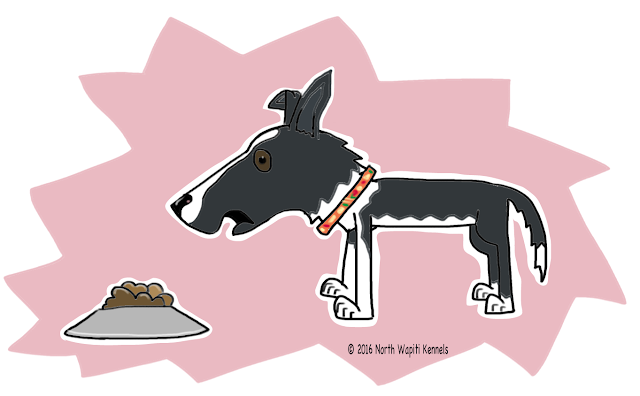 Sam and Ralph (security detail at Sheep Camp) are only interested in protecting the actual sheep, and the coolies are left to fend for themselves. 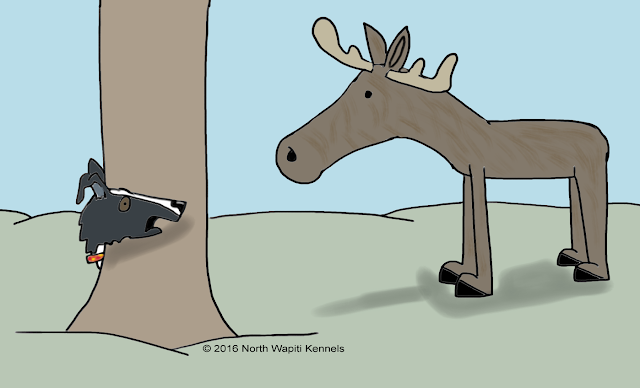 We are made to take forced marches EVERY DAY.

Worst of all... my MOTHER works at Sheep Camp, and all I hear is "No child of mine will grow up liking veg".

Not to mention that it's just plain embarrassing to have her around when I'm trying to be all cool with the other young coolies. 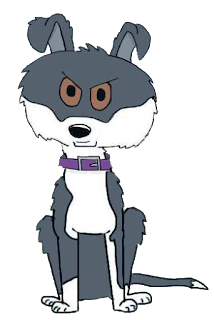 Um... We interrupt this bloggity blog for a very special announcement.  Please stand by.


Are you standing by?

Ahem.... There has been a minor change to the regular North Wapiti Kennels schedule that you should be made aware of.

You may recall a certain "waffle" incident recently. 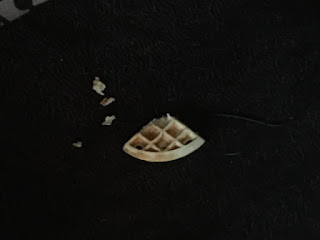 Well, that was just the tippity tip of the iceberg of a certain teenage coolie's "coming of age" tantrums.

Twig is going through those awkward teenage years that some of us grow out of gracefully (ahem, me for instance), but some coolies get an attitude and think they're bigger than their FABulous ensemble britches.

Case in point... she started just TAKING my ensembles out of my closet and wearing them out and getting them dirty. 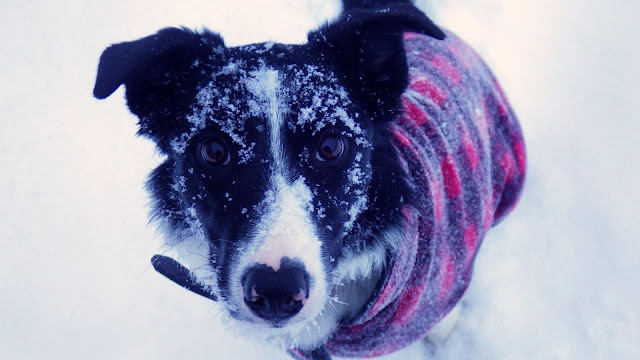 She didn't ask if she could wear my wonderful plaid ensemble, she just took it to show off to her teenage friends, then threw it in a pile, still wet, and now it smells like ick.

Despite this horrible transgression, we allowed her to have a slumber party with her friends.  We TOLD them there would be no shenanigans, but they all snuck out and played Bearfalo without proper permission while Bear was supposed to be guarding the Pretty Curly Tails.

It's not Bear's fault, he was trying to get them back to the kennels so he could patrol, but they insisted they follow him.

Sigh... but that isn't the worst part.  The worst part is so horrible I don't even know if I can say it...

Ok, so maybe you should all sit down now.  This may be so horrible that you'll fall down...

BROCOOLIES!!!!!  Why they would name this vile plant after the majestic and svelt Border Coolies is beyond me!  It tastes horrible and causes a foul wind.

COOLIFLOWERS!!!  It's like brocoolie's anemic step sister.  What is it with naming horrible vegetables after us????

That's when we knew.  She spit out a waffle and asked for brocoolies!!!!

So... while the Musher is in Alaska doing her judgey judging thing, we felt it best to send Twig off to Baa Baa Sheepy Camp.

Fran has a lot of responsibilities and we couldn't expect her to tend to the kennels and everypuppies while keeping an eye on Twig.  We knew that it was just a matter of time before Twig ran off to some farmer's market in search of organic, cage free, free range brocoolies, and if we didn't nip this behavior in the bud now, she may move on to kale, because we all know that brocoolie and cooliflower are gateways to kale and quinoa (whatever the heck that vile concoction is).

She is fine... having a bit of a culture shock and I'm sure she'll be writing us letters, as we've taken away her iPad so she can't text or order online vegetables, and she's only allowed one phone call per week at Baa Baa Sheepy Camp.