Since the wild winter storm we have had going on since Friday FINALLY gave up and spring is rallying - the Border Collies, Bear and I went out to the river today. 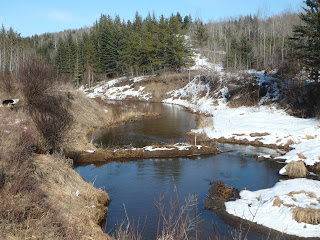 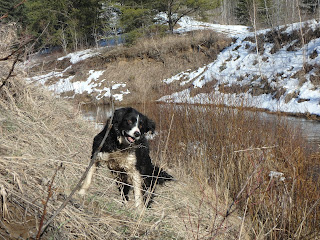 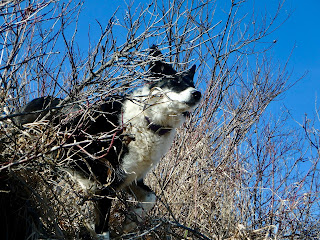 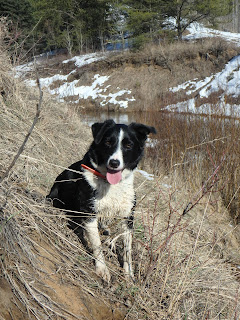 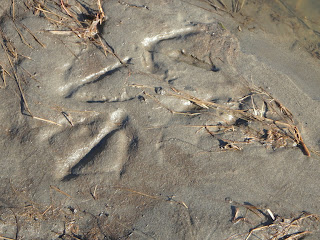 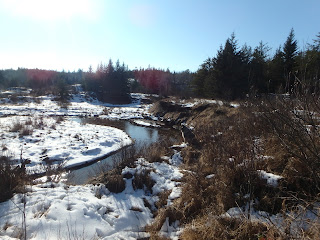 Zac - did I mention you are NOT coming in the house tonight? 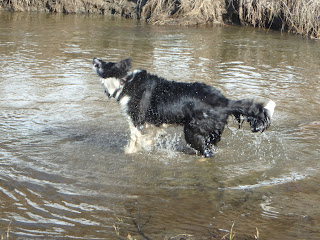 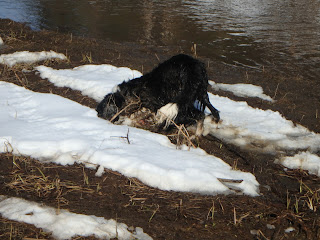 We were sitting on the river bank soaking up the sun when all of a sudden the Border Collies went on full alert. 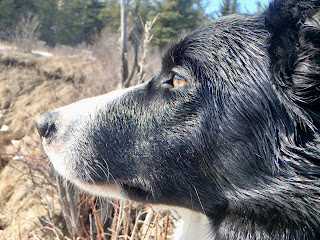 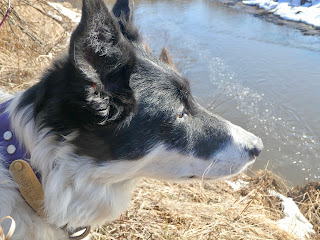 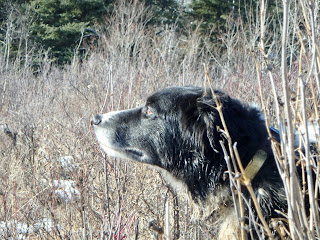 I spend a lot of time in the woods with dogs and I have learned that a wise woman listens when her dogs speak.
But because it was so lovely out, I thought I'd consult with Bear before beating a path out of there.

BEAR. BEAR. Do you see anything Bear?? 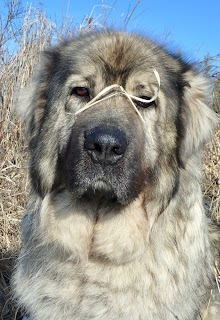 "NOPE. I DON'T SEE ANYTHING"


You know what? I think I'll just take the Border Collies' word.... 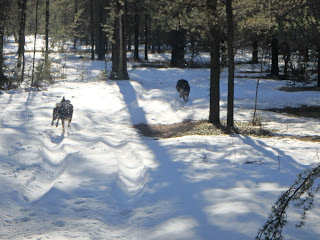 Yes, it's been a while since I've done any bloggity blogging, but I have an ultra mega mega good excuse for being absent for a while, and that excuse is... I had a bad tooth.

When I say it was a bad tooth... it was REALLY bad.  Totally freaked the Musher out when we got up for breakfast and I looked at her like this:

The Musher started me out on an antibiotic and drove me to the vet. 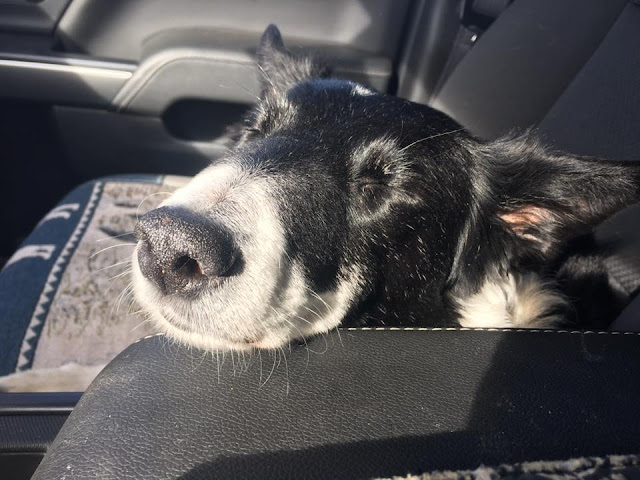 She said I looked like a pit bull, but I think I looked a bit more like that Spuds MacKenzie dog thing, but that's neither here, nor there, because thankfully the wonderful peoples at Westlock Veterinary Center gave me some happy gas and pulled that icky tooth out and made sure I have enough pills to get rid of any infection, and I'm on the mend again. 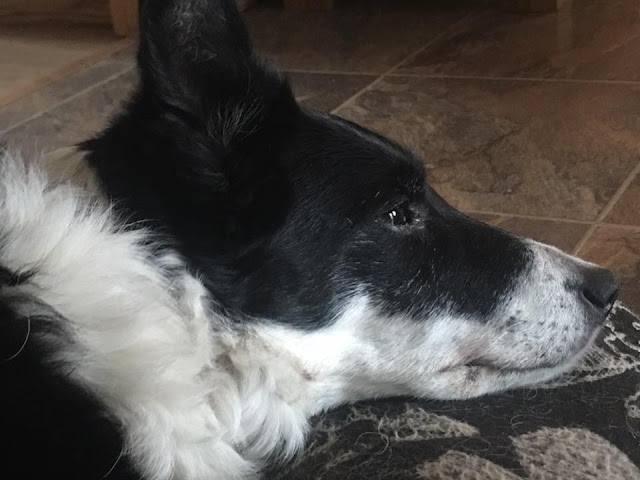 The biggest problem right now is that I'm not supposed to be running around, flouncing, or drinking from a straw, so I'm a bit bored at the moment and driving the Musher a bit insane, so she told me that I could help her out a lot if I would just go to the garage and go through some of the boxes out there.  She said that she had a few things that she'd like to put in a garage sale so if I could go and inventory it all and use my AH Mazing interwebs skills to do a Hugey Huge Online Garage Sale, that would keep me occupied and help her out.

So I said "sure".  I mean, how much stuffs could she have out there? 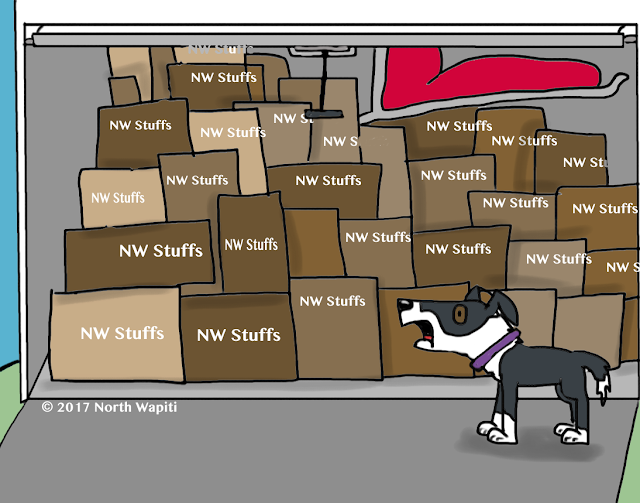 I'll be posting updates this week on where it's at, what's going on, and how you can soon own a piece of the Musher stuffs and things.