The Horrible, Not too Bad Week - Bet

Firstly I need to apologize to everybodies.

I had some toofs removed at the wonderful vet place the other day.  I wanted to give a shout out to the wonderful techs and vets at Westlock Veterinary Center for taking such good care of me during my procedure.  I also appreciate that they didn't let on that I was there so I would be besieged by pupparazzis and reporters.  A famous Border Coolie such as myself has to have some privacy.

Secondly I want to apologize for drunk posting on Facebook. 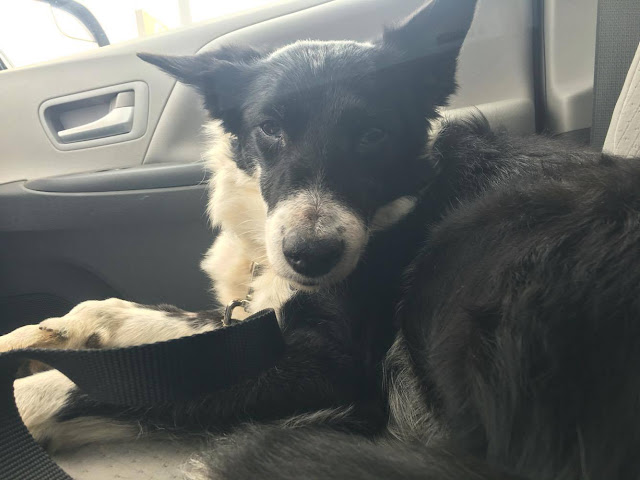 I really do loves all of you, but I think, perhaps, it wasn't the bestest time to be professing my love for everybodies.

I also was pointing the wrong way when the Musher needed to turn, which meant we ended up in a field... she shouldn't have listened to me. 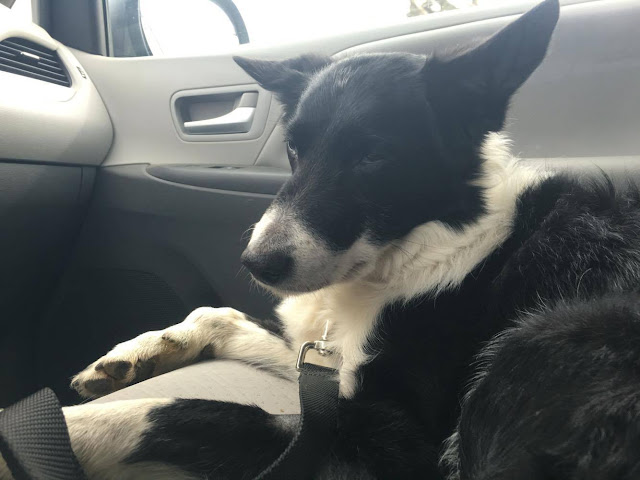 Never underestimate the power of the coolie ears... sometime they get confused.

I also wanted to apologize for the random calling of peoples and asking if their refrigerator was running.  It seemed hilarious at the time.

We packed everybodies up for a road trip down to see Miss Jenny and Mr Scott at Alta-Pete Stockdogs where I came from and everythings and stuffs.

It was so nice to see them again, and since I was still feeling poorly from the toofs procedure, they made sure I was taken care of. 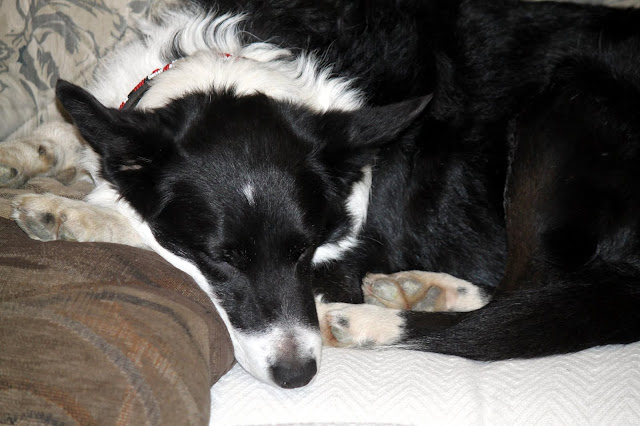 The reason we went down there is because we have a new member of North Wapiti.  His name is Zac.

I asked the Musher to write his introduction, but... sigh... you know the Musher, she was just too busy to do it.

Zac is a guy, and he's very focused (just look at those crazy eyes) and he loves to herdy herd the baa baa sheepy things.

So, while I napped, he herded and taught the Musher a thing or two, and thanks to Miss Jenny (who took these photos) we were able to capture it all.

There's one thing that Zac can't teach the Musher and that is... ensembles. 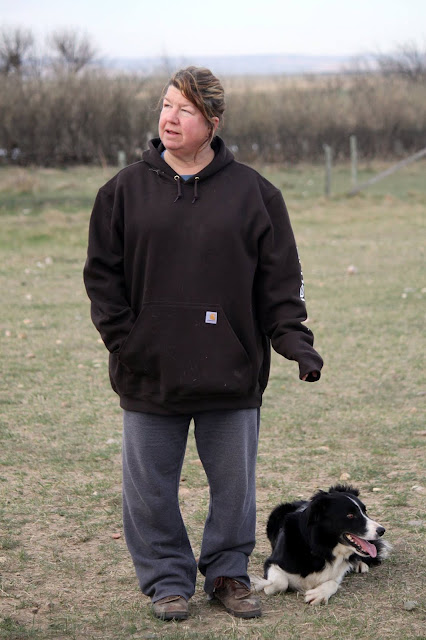 I can't even start on this... I was still feeling poorly and she just snuck out of the house like that.

In case you were wondering, Twig was out searching for free range veggibles.  Sheepy Camp didn't break her of the veggible fixation, so we're enrolling her in a 12 step program.

Logic:  Hey Cipher, What room can nobody enter?? 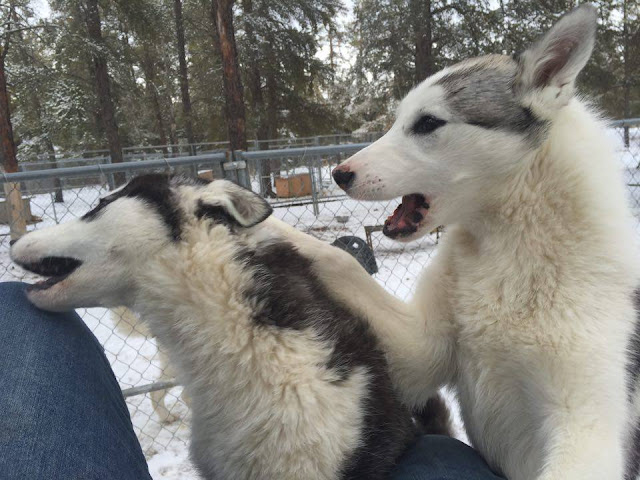 Cipher:  I don't know, what room can nobody enter?? 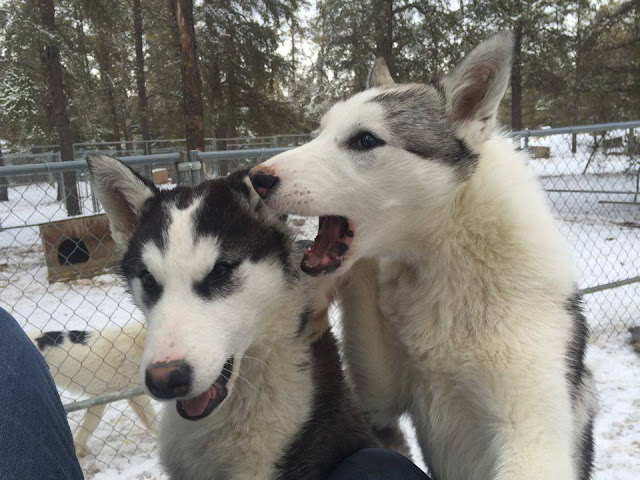 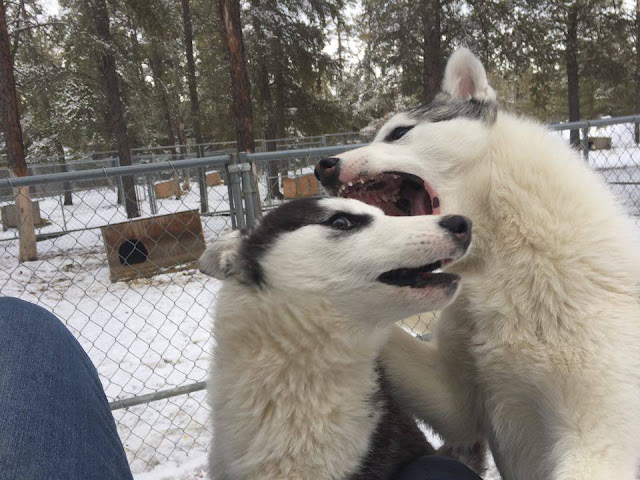 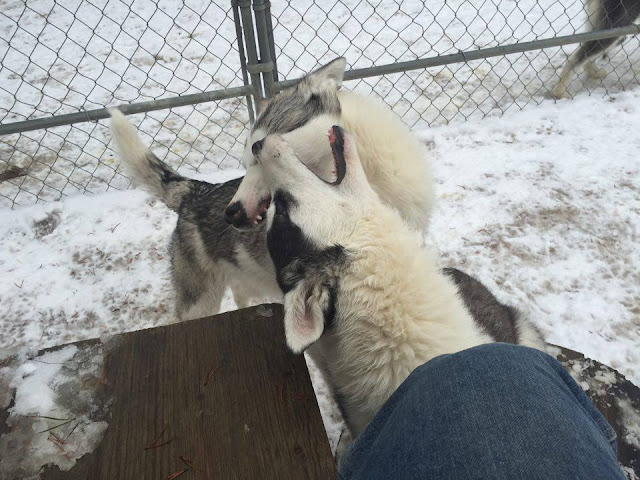 Logic:  It's not stupid, you're stupid!! 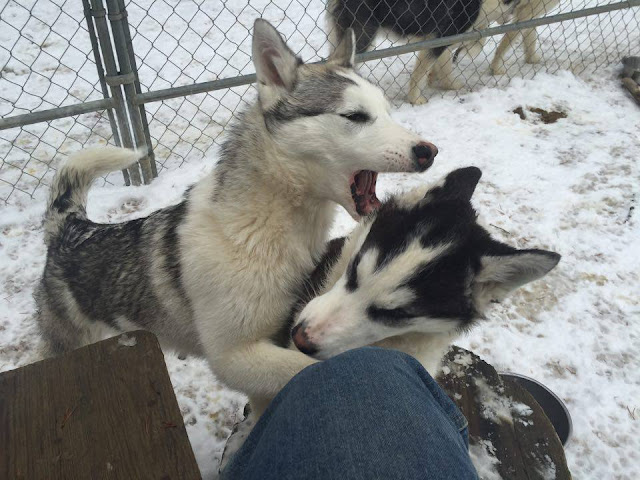 Cipher:  I'm not stupid YOU'RE stupid!! 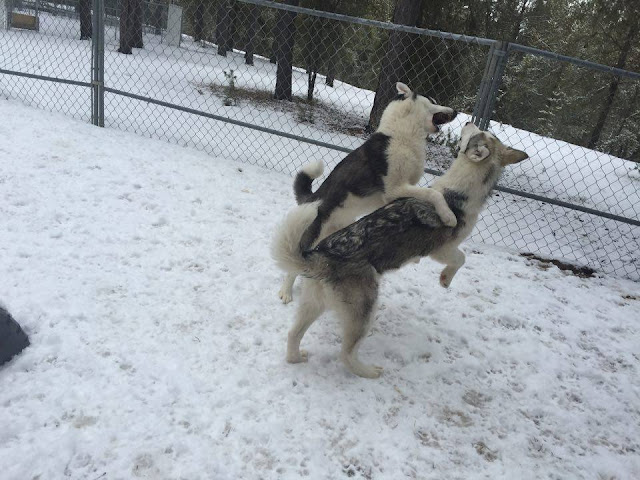 It just went downhill from there