It wouldn't be here without all of you, my wonderfully fantastical FABulous fans!

Without all of you, I'd still be sleeping in the hamper, but your generosity and kindness has led up to that spectacularistic wonderfullness day!!! 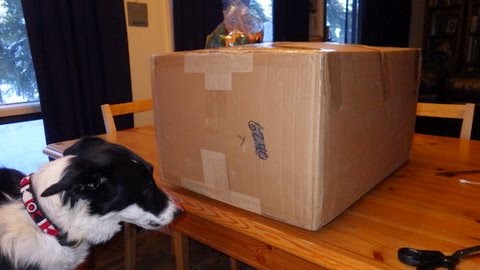 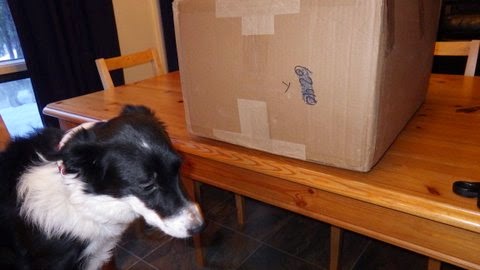 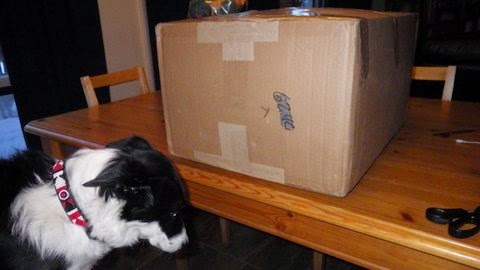 Ok, seriously, can you just use those opposable thumbs of yours and open up the box... don't use the scissors, you may hurt it!!! 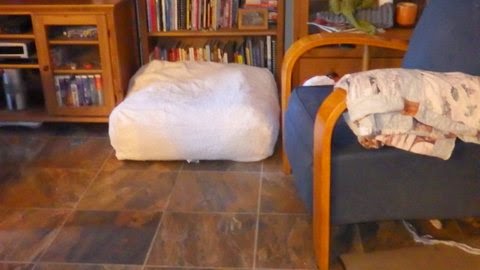 Fluffy?  Boy howdy is it fluffy, it's a CLOUD  it even says it on the invoice!!!

Not only is it a really really true CLOUD, but it's a SHERPA cloud!  I never knew Sherpas were this soft... oh wait, maybe it was woven by the Sherpas and then taken by yak down the mountains to be sold online... I don't care, it's COMFY! 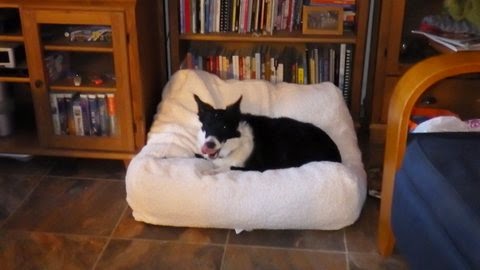 AAAAAH, this is comfy.  Really, it's VERY comfy and it's so huge, we could probably fit everybodies from the Kennel on this thing... but we won't BECAUSE IT'S MINE ALL MINE!!


Everybodies here has places to sleep that are just fine and dandy! 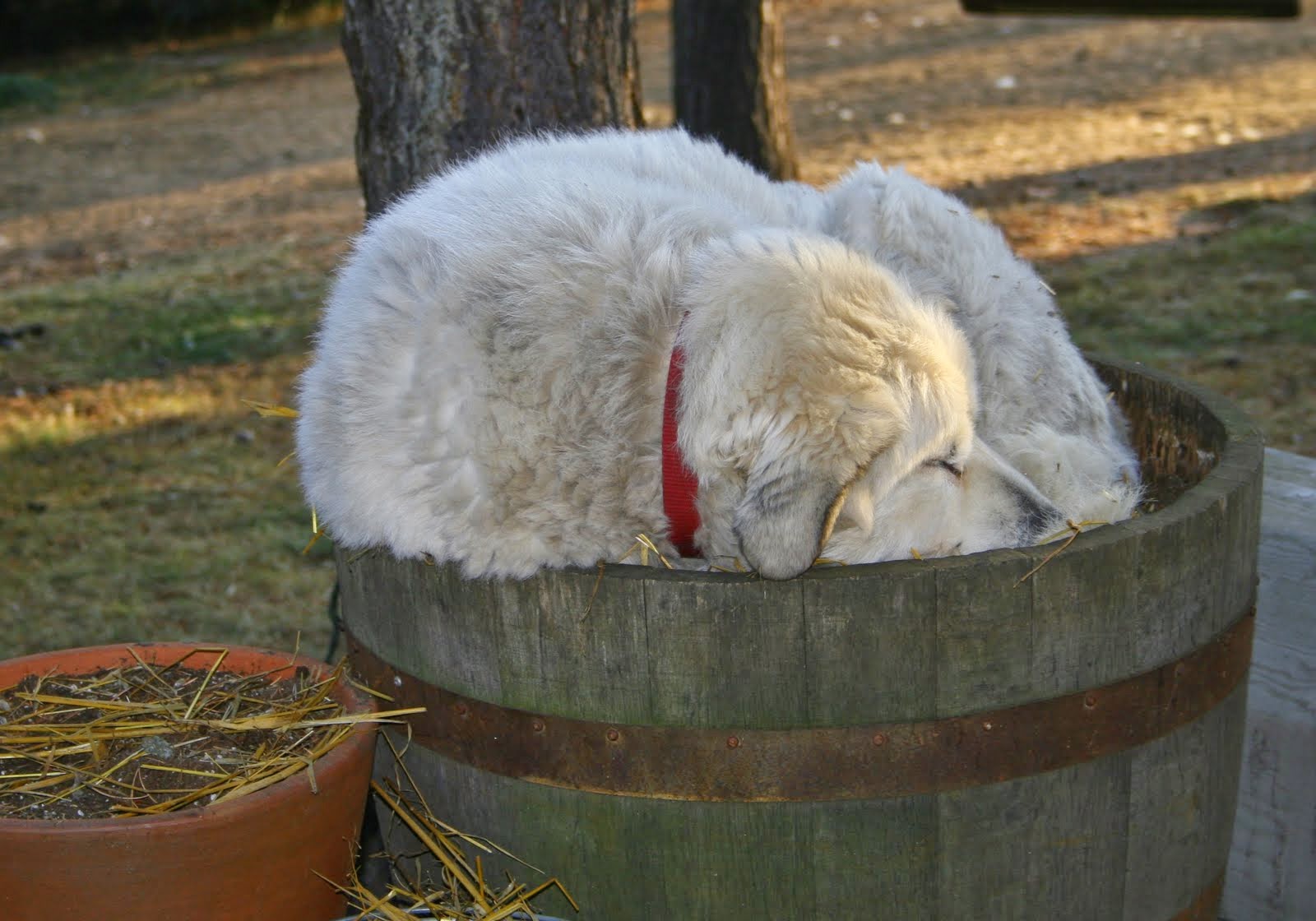 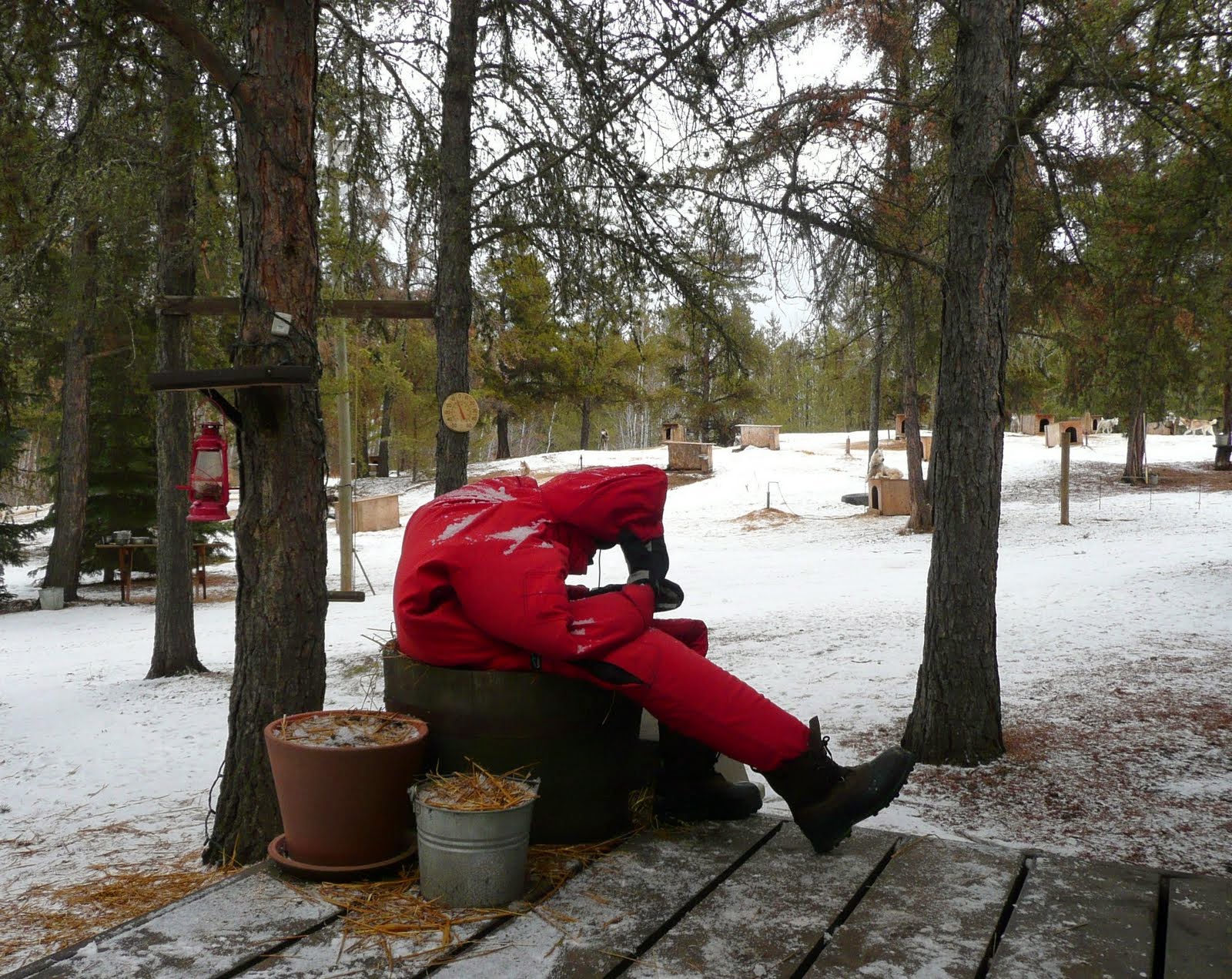 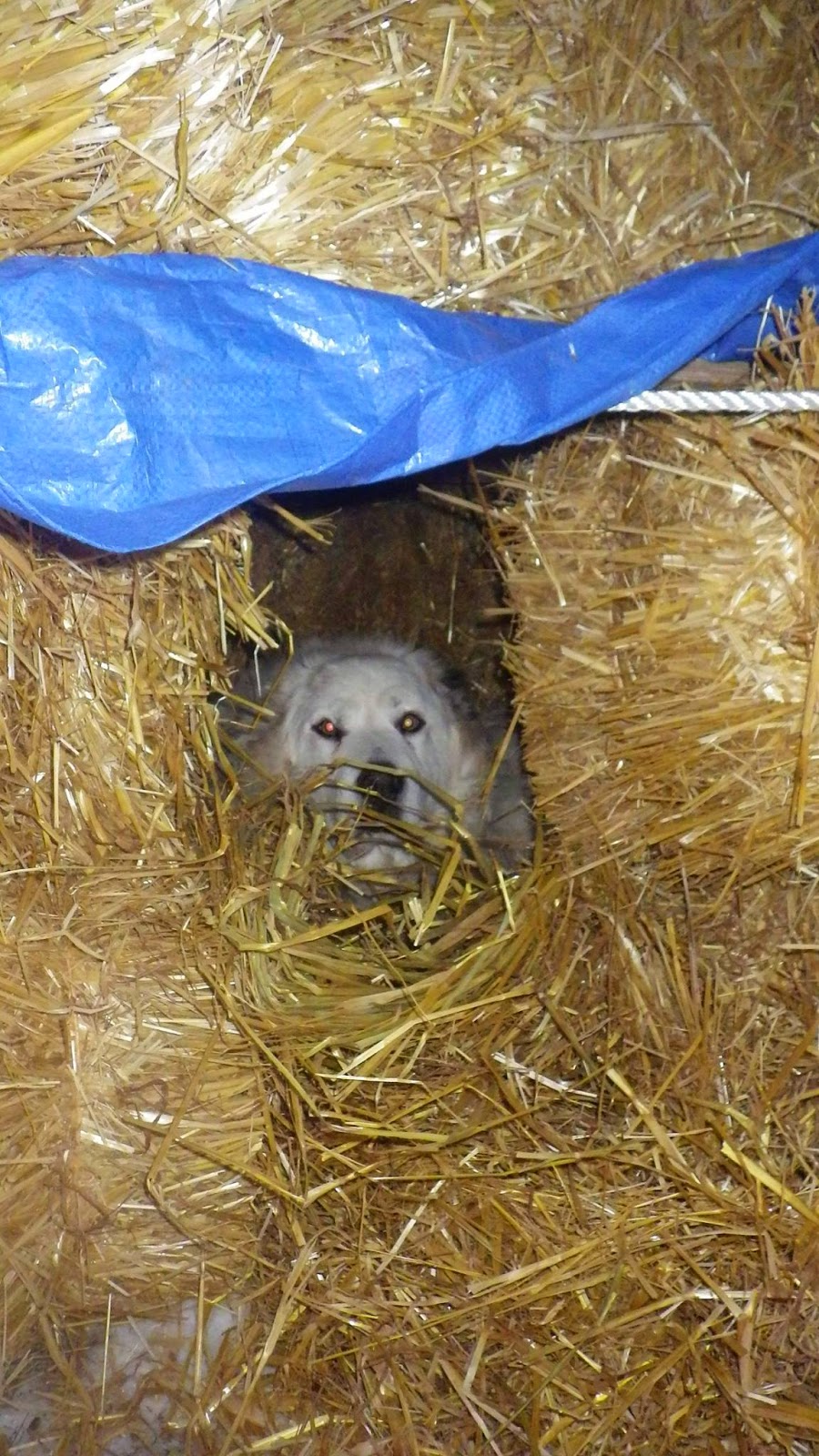 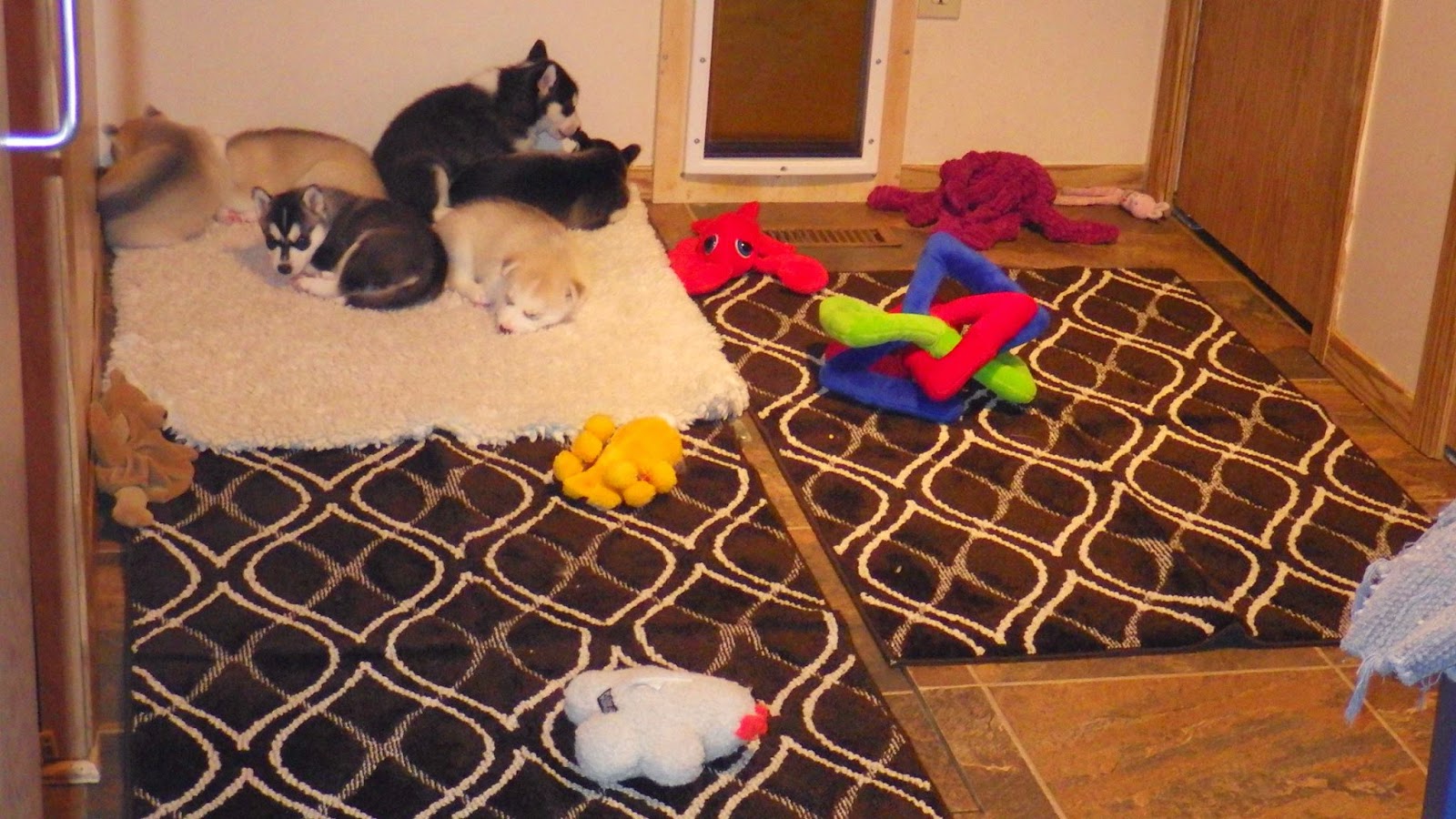 The cats have the whole house to lounge around in, and the outside, and the garage, and everywhere else in between, so this is MINE!!!! 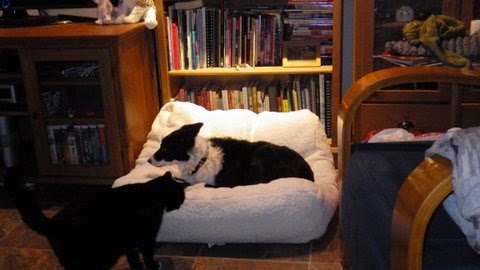 HEY HEY HEY  No you don't!  Don't even think it... you have the couch, the bathroom sink, you can even have the chair, this in MINE don't you even think about it! 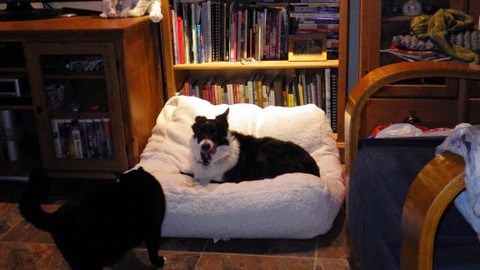 Bait, get out of here, no, there's absolutely NO room on this for you, and don't even think you can sneak up here!  GO! 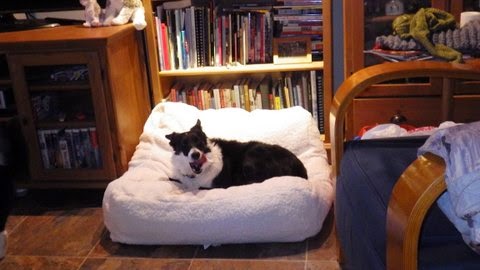 Can you believe that???  Not even three seconds after it gets placed and they think they can just glom onto it and take it over!  I moved to the other end of the couch when they wanted on there, and they took over the WHOLE couch!  Between that wide load Mark's Stupid Cat Bait, and KD, who is getting to be as wide as the couch, there's barely room for me anymore, nope!  I draw the line... this is mine. 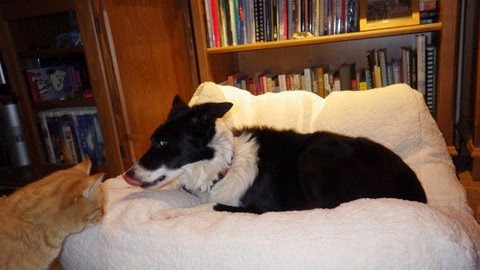 NOOOOOO, I said NOOOOO!  Don't you even look at it, this is mine!  The peoples donated for MY new cloud, not your new cloud, this is MINE! 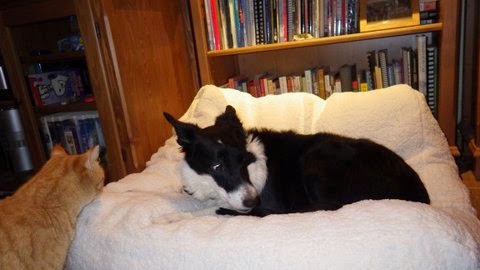 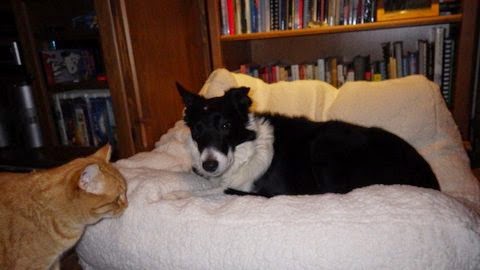 There aren't any hummingbirds in the house, it's winter!  You tried to trick me, I'm not falling for that, nor am I getting off my cloud, you have THE WHOLE COUCH and it's not my fault you're as big as one... absolutely not. 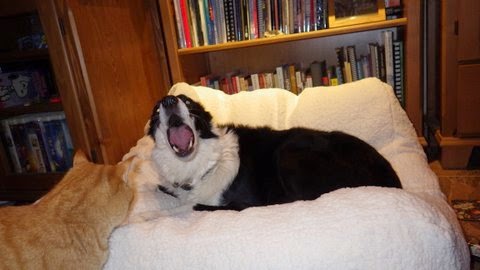 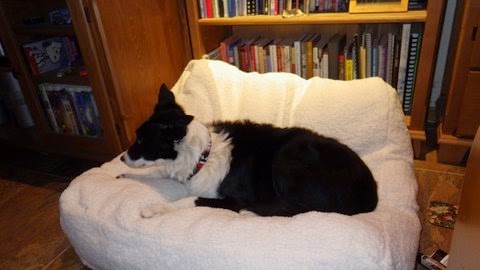 Can you believe that!!!!  They're like vultures circling a carcass!  There is absolutely NO WAY they're getting on this fantabulous cloud.  Nope, no way!!!! 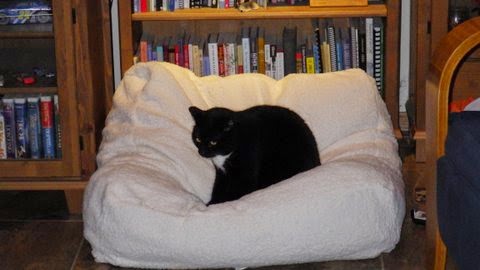 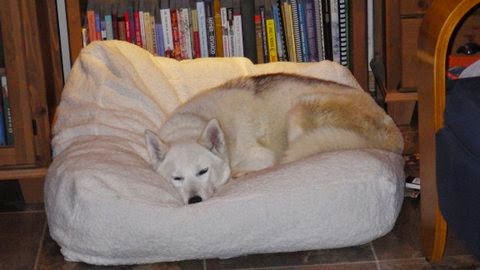 You all just suck

It's an awesome cloud Bet! They very rude stealing it!!

Your new cloud is perfect! It looks super cozy. It's not wrong for you to want it all for yourself but aren't you sweet to share. Good Auntie Bet!

You are lucky that I live so far away, because otherwise I might try to steal it too. Enjoy your cloud!

Cannot blame the others for wanting to try out your NEW cloud, hum, even I would like a snooze on it! But, yes.... it does suck....

This just makes me laugh, especially the ending comment. Congrats on the new Cloud, Bet!

Bet, I know how you could make them EXTREMELY uncomfortable. You just turn around and get behind them on the cloud and lie down practically on TOP of them. Wouldn't that work?

Where does your wonderful cloud come from any how? My PCT are curious.