In most of our family gatherings Mark and I are usually the 'missing relatives'. It's one of the big downsides of having a bunch of little souls that depend on you everyday.
It's been about the length of my Iditarod career since I have seen many of Mark's Aunts, Uncles and cousins.
However, this past weekend the party came so close that we had no reason not to be able to attend.
The occasion was Mark's older brother, Kelly and his wife Karen (yes, that also makes her a Karen Ramstead! We live in the same area, our husbands work for the same company and look alot alike - so there are some amusing stories inspired by that!) 25th wedding anniversary. Their anniversary is actually later in the year, during hunting season to be specific, but Kelly is a very dedicated hunter, so the party was planned for the summer!

Friday night was a 'tent raising' and turkey fry. It was really relaxed and a nice visit with Mark's folks, his brothers and their families. 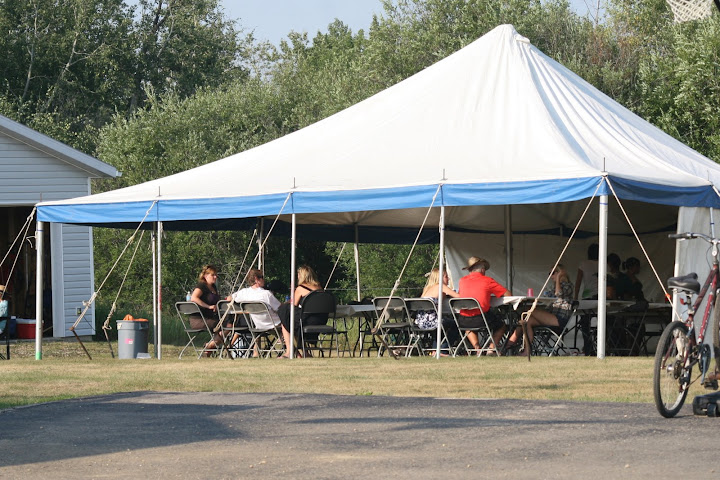 Saturday was the big bash with relatives from Calgary, Edmonton, Seattle, Saskatchewan and even Mark's cousin Michael who is now living in the Caymans.

Mark unfortunately had to work for the weekend (everyone always wonders how he gets so much time off during the winter - this is the answer - he busts his butt in the summer!!) but headed over to his brother's after work each evening.

The food was absolutely fantastic. Kelly roasted a pig and everyone else brought a dish or two. As always with Mark's family there was a heavy Ukrainian food presence (yes, I know 'Ramstead' isn't a Ukrainian name - but Mark's Mom family is Ukrainian) with something like 30 dozen perogies, cabbage rolls, beet rolls and a crockpot of mushroom gravy. Nothing better!!!

I had been worried on the drive over that I might not recognize some of the cousins that I hadn't seen in well over a dozen years but despite growing up and now having children of their own, I had no problem remembering them all.

The weather was lovely and the evening most enjoyable. By the time they were lighting the campfire though Mark and I had to drag ourselves away to get home and feed dogs. 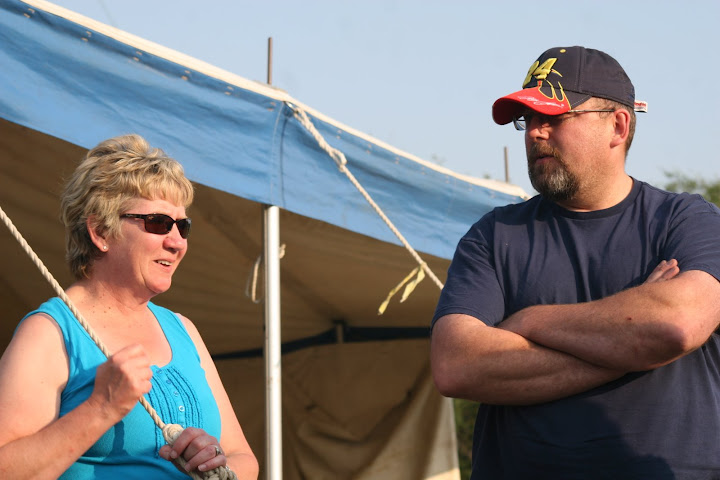 Mark and his Auntie Joanne - yup, the one that taught me to bake bread. One of the first questions she asked me was if I still baked bread. I was delighted to say I still did and that I had even 'blogged' about it, mentioning her a few months back! 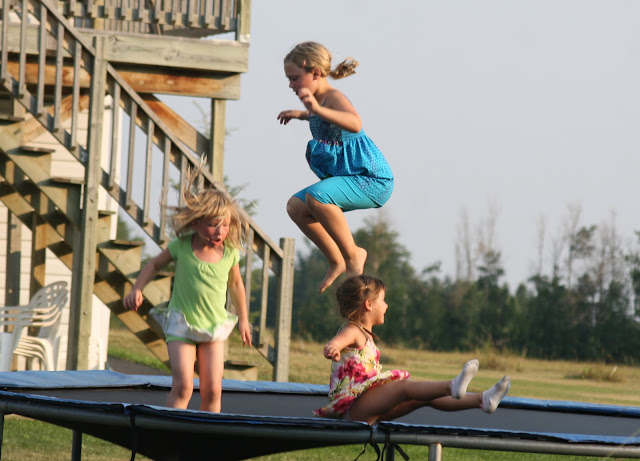 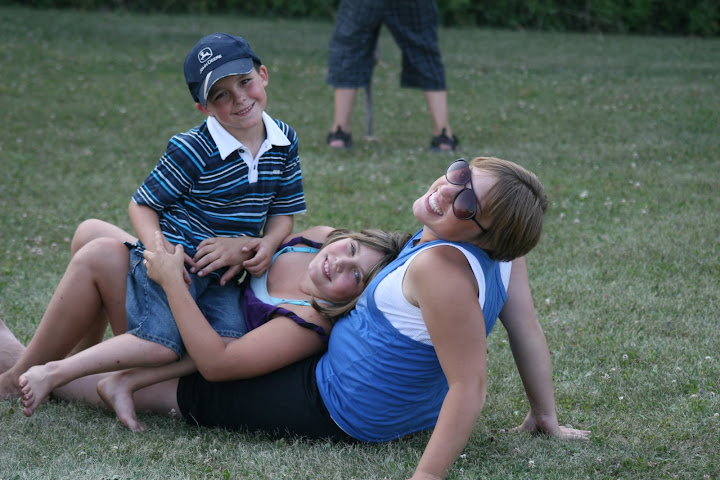 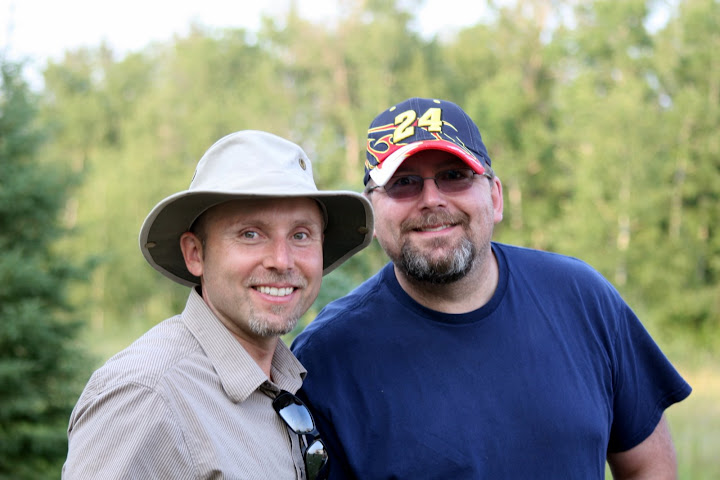 Mark and his baby brother, Brian

Sunday morning I had a very special treat - Mark's younger brother, Brian (Corrine's Dad) came over and did up a batch of Lefse. Lefse has long been a family treat from the Norwegian side of Mark's family! It is a fussy thing to make, but Brian has been well schooled by his Auntie June in the tradition.

I had a really nice visit with Brian while he rolled and fried dozens of the tasty potato/flour flatbreads. 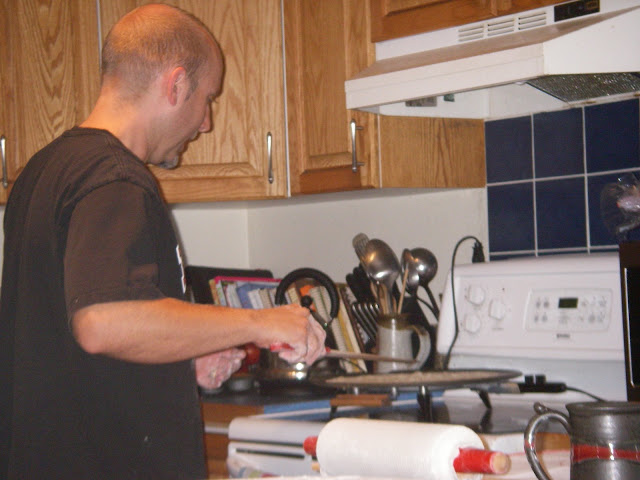 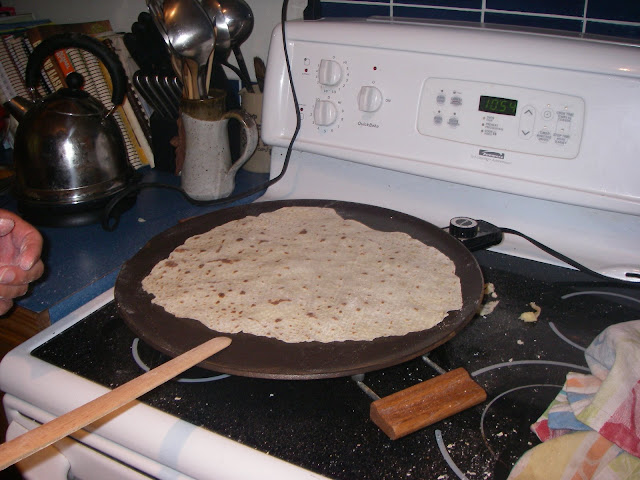 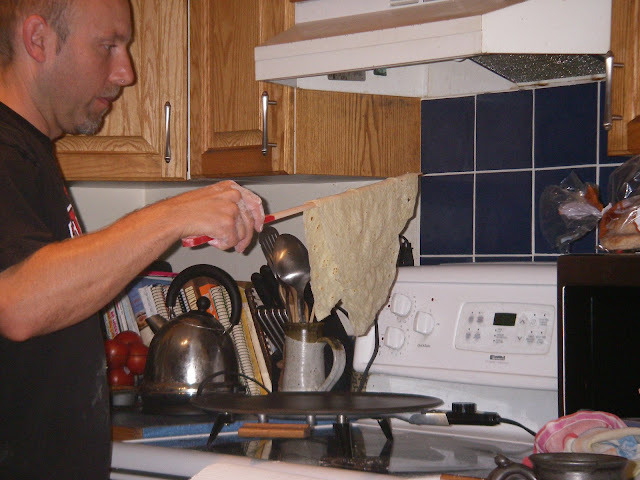 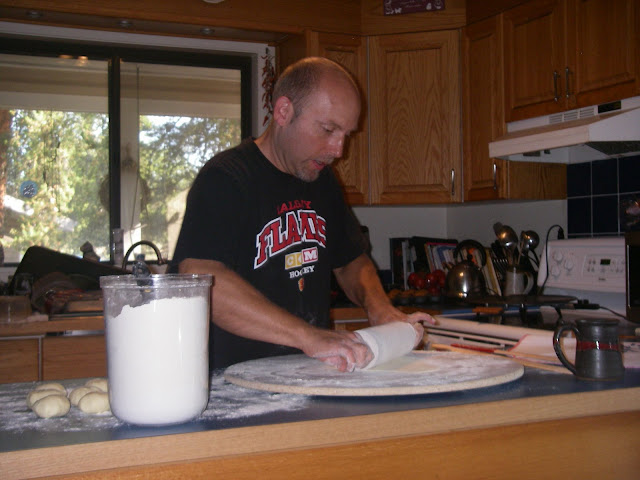 I think the smell of cooking Lefse must has drifted out of the valley as most of Mark's immediate family drifted over from Kelly's sometime during the morning to slather them in butter and brown sugar before rolling them up and inhaling them. I was shameless in guilting everyone into not eating too much and leaving Mark and I with most of the batch - see they all get this treat way more often then Mark and I do! I even talked Brian into agreeing to make up a batch and shipping them to me in Alaska this year to take on Iditarod! Always thinking of Iditarod, you know!

When the Lefse feeding frenzy was over Brian, Nadine (Corrine's Mom), their kids, Nadine's sister and her 2 kids were all that were left. We all went on a walk in the woods to pick a few blueberries (none actually made it home!) and show the kids all the 'beaver activity' on our north trails. Cricket, Kara, Bet and Corrine's dog Sunny all joined us. 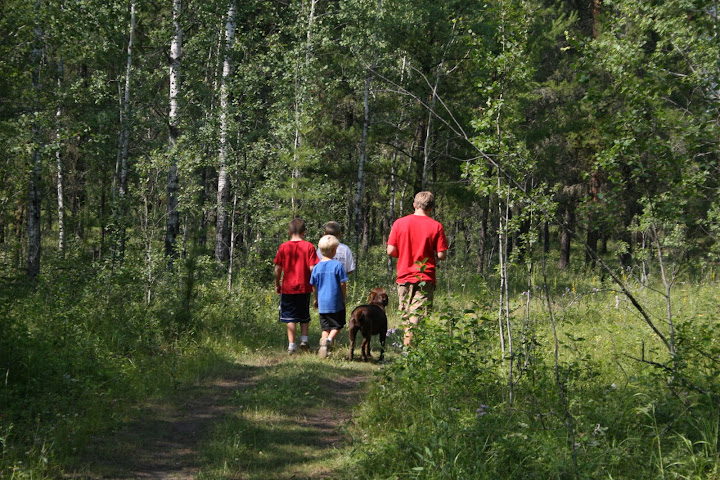 Then it was down to the river for some tadpole and frog catching. My dogs sat this one out but Sunny, who is a lab, had a blast splashing around with the kids in the water. 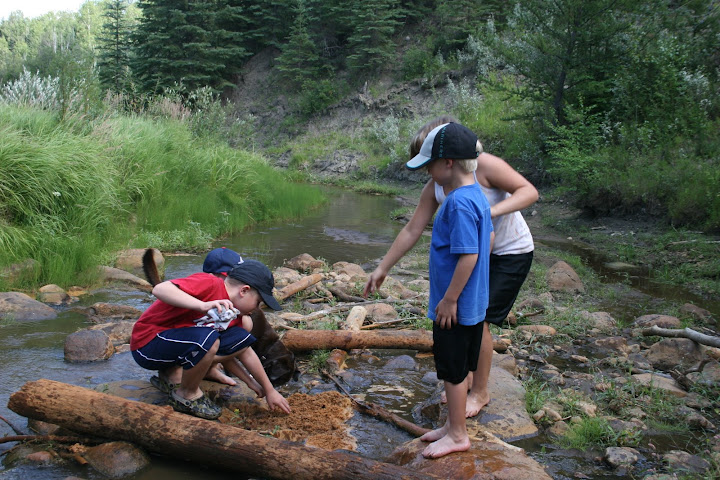 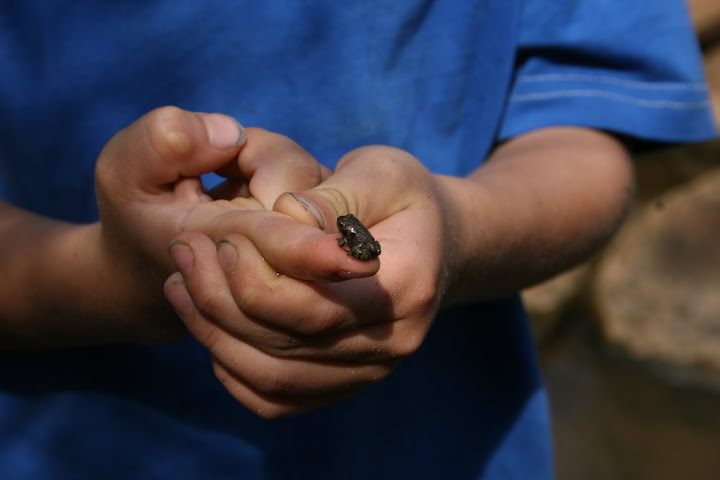 It was a really enjoyable day!!

The dogs had a great time too. They all got lots of attention from the kids and even when not getting snuggles, they thought it was great fun to watch the kids romping and playing in the yard!
Then after everyone had left one of our neighbours phoned wondering if we would like the pork fat from a pig they were in the process of butchering. I readily agreed and they dropped off several hundred pounds of fat later in the evening.
Mark will run that through the band saw this fall and it will be a great snack for the dogs during heavy training and racing!

As I said, always planning and looking ahead - even on Family Days!

All for now,
Karen
Posted by Karen Ramstead at 05:49

Karen, it's really great that you and Mark could take part in this family reunion. It's amazing how fast the time goes when all families involved are following their circles---it's nice when once in awhile the circles do intersect. Sounds like a wonderful weekend for all.

It is just wonderfully amazing the myriad of foods from around the world. All so darned different and all so very delicious.
I recently had the opportunity to try a sauerkraut recipe that you put in the crock pot with brown sugar and apple juice and pork for about five hours. Yes, I know, it sounds terrible but it is so good. lol
What a wonderfu; reunion you all had.

Karen, I am glad that you and Mark were able to spend some time with your family. It is always nice to catch up and spend time with those we love!
Speaking of Iditarod, have you seen the logo for 2010? Saw it in the August issue of Trail Breaker! LOVE IT!

Sounds like you guys had a ball!
Ooh peirogis and cabbage rolls... I have food-envy!!