It is that time of year that I try out all my young dogs in lead.
It's a pretty 'low key' time. I put the youngsters in lead with a good experienced leader beside them and 2 good leaders behind them in swing.
If they go - great. If not, no big deal, I swap them out with one of the swing dogs and the run goes on.
It's mostly just an 'information gathering' type thing!

I've already raved about See, who was AMAZING!!! Yesterday I had Dew in lead. She did pretty well. I took her out when we came back into the yard, as Dew has issues with Cricket and she wasn't confident enough in her job to lead a team by the big beast (who sits alongside the trail and watches the team come in). With time and work, she'll get there I'm sure.

Today was Utin's turn and he was very impatient to show me his stuff! 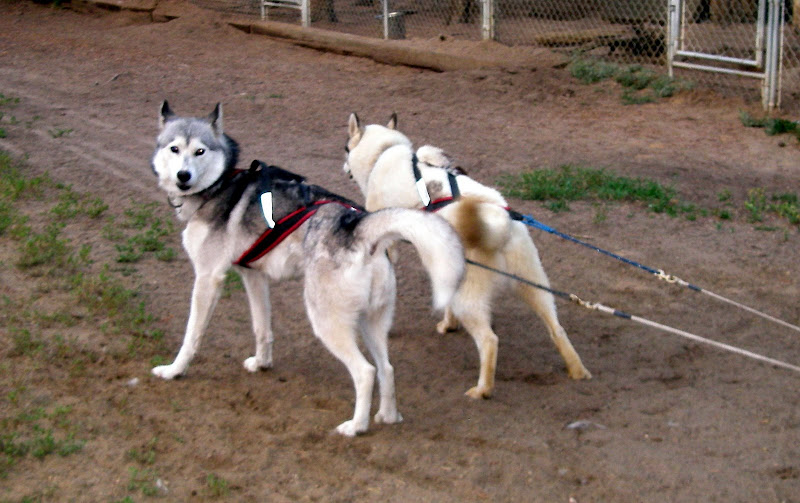 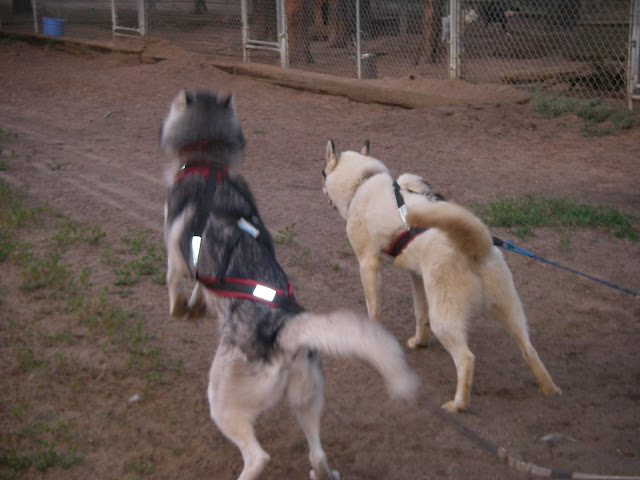 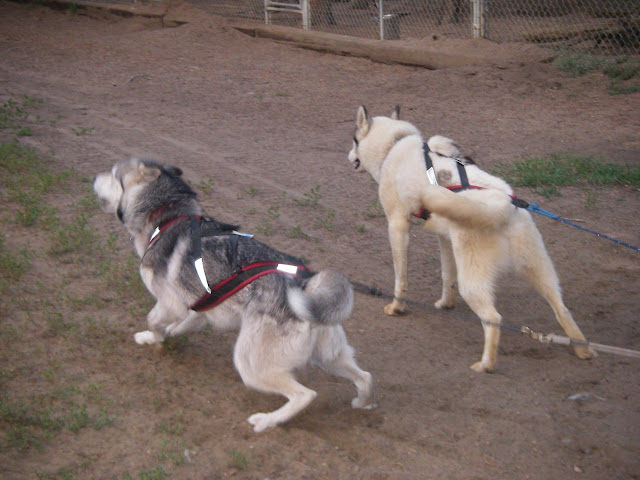 He wasn't quite as good as his sister, but he was close. He definately likes to push the pace. A few times he had the team convinced that he was trying to kill them, we were going so fast! 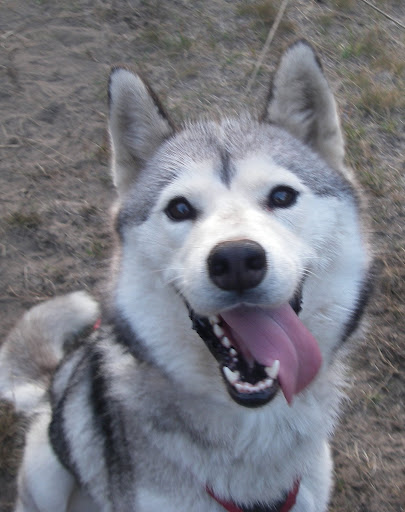 Wow! That is a happy face on Utin! Thanks for all the recent blogs and great photos. We all really enjoyed the NW chorus. Batdog tilted his head back and forth many times as he listened. Glad to hear that your health "scare" turned out to be something less than feared.
You are an inspiration, Karen: I was pruning raspberries yesterday and while leaning down, I found myself about 2 feet from a snake (my phobia). I thought about you sharing your needle phobia and I just gently asked it it go the other way (and it did). Normally, I would have run out of the garden with chills and nausea, avoiding that area for at least a couple of days. Thanks so much!
Pat and Mark, Mork, Spider and Batdog

The story was great, but when I scrolled down to the big broad grin of Utin, it made me smile almost as big. What a happy face! So proud of himself.

Such a beautiful boy!!

Utin, the ultimate charisma guy. What energy, what a wonderful face.
Have to admit though, I'm silently rooting for See and Dew----know the girls will just shine [also].

What a wonderful smile...and those eyes. Sigh. :-)