I met the Buchs many years ago after a presentation I did in Calgary. I was instantly drawn to the whole family.
Talks led to them buying a dog off me that year.
A number of visits to the kennel followed and the one NW dog they owned became many.
The entire family has become very special to me over the years - especially their son Noah.

Noah was witty, charming, life loving and very adventurous. We bonded over dogs, cooking and a love for adventures.

A few years back I went down to Edmonton to visit with Noah and his parents as he was recovering from heart surgery.
Noah was born with heart issues and battled them his whole life. By the time I first met him he was pretty much a normal 10 year old, but when his parents discussed his options with him a few years later he OPTED to have another painful and, of course, risky surgery to allow him to become the best version of himself possible. That was Noah!
Sitting next to him, quietly cringing as I listened to him, without bitterness nor resentment, explain what the doctors had done I knew I was in the presence of true braveness.


When his Mom messaged me last Monday to tell me of his passing in a tragic dirt bike accident my heart broke.

I spent Monday and Tuesday of this week in Cranbrook attending his funeral and visiting with his family.

It was extremely obvious that I was not the only one that recognized Noah for the special young man he was. His funeral was packed and so many have rallied around Adam, Cassie, Freya and Lola.
Especially touching his the way his young friends have circled around his family and his memory.
On Tuesday his parents, younger sister and I walked down to one of his favourite spots along the creek near his home where his friends erected a cross bearing his name and a bench in his honour. Such a special place.

I will miss you Noah.

- Posted using BlogPress from my iPhone


Posted by Karen Ramstead at 17:21 No comments:

I had the most awesome time at my birthday party yesterday O.M.G.!!!

The Karen Musher asked me a while back what I wanted to do for my SPECIAL day, and I told her that I wanted a perfect princess party!!  I wanted hats and cake, and streamers, and music and fun and a bouncy castle, and I wanted my whole family to adore me in my finery!

First we all had to take baths. 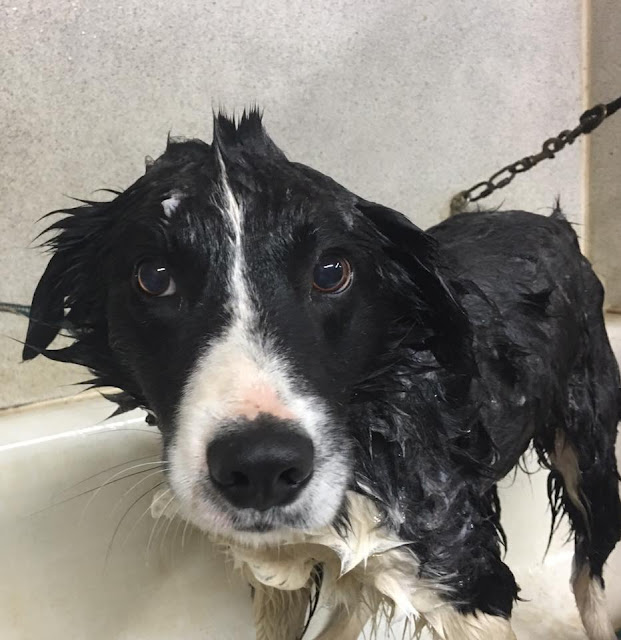 So then it was time for all of the guests to arrive, so being the hostess with the mostess, I went out to greet them.

Cricket showed up and she had found some really snazzy glasses to wear!  She's like a movie star!! 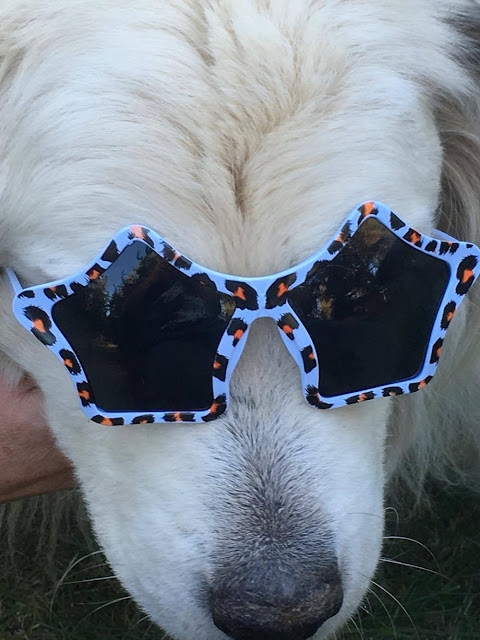 KD really wanted a hat too, but she's very shy and didn't want to bother us

Bet was a bit upset because she had to get a bath and then wasn't allowed to wear any of her FABulous ensembles.

She pretty much pouted for the whole party.

MY BIRTHDAY PARTY WAS RUINED!!!  RUINED I TELL YOU!!!

BEAR!  Don't eat KD, you'll ruin my party even more!
The Karen Musher then announced that it was time for my birthday cake, so I ran inside and got all princessed up

So, the Karen Musher gave me my cake first

Except it wasn't a cupcake... it was a squeeky toy that LOOKED like a cupcake.


Then the Karen Musher told me that I was the most beautiful princess ever and that we were having my favorite dinner of veggibles and we'd have a slumber party and paint our nails
Unfortunately Zac ruined the whole Coolie girly party because he didn't want his nails painted, so none of us are talking to each other now, but that's ok, I was a very pretty princess! 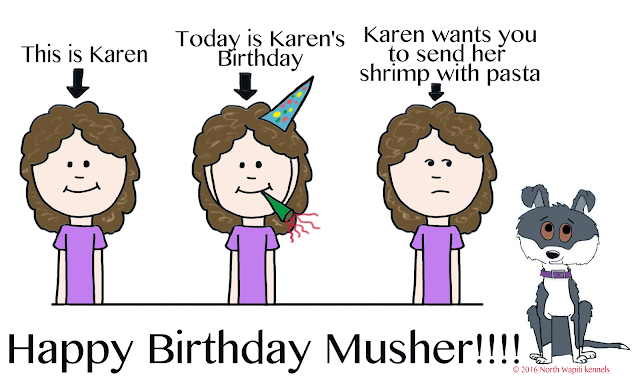