Well, I'm sure you probably already know by now, but the Musher had to scratch at Lynx Lake.  Apparently the curly tails caught a stomach bug and it wasn't fun any more.


I'm going to let the Musher give you all of the details, but I thought I would tell you about last night... remember, the night I was suppose to sleep in the nice warm hotel on the Musher's feet... yeah, NOT SO MUCH!

The Musher had a lot of fun on the trail up to that point, and Tess was a real leady lead dog!  At one point she was leading all by herself because she and See got into a snit about who had the fluffiest tail, and See felt that her tail was fluffiest, but Tess said something about too much junk in the trunk... I have no idea what that means, but See demanded to be placed in Wheel dog position after that and refuses to talk to Tess, and eventually WiFi went up with Tess and refused to compare fluffiness.

So, the Musher finally showed up around 2am and boy was I ready to warm her feet... except Musher Handler Mark told me that truck dogs don't sit in community houses and have muffins delivered to them by Handler Helen (who smells like cookies), truck dogs have to work and take care of the curly tails.

This really isn't what I signed on for, but FINE!  So I spent all night tending to the curly tails.

This morning the Musher was all refreshed and ready to go.  She even had breakfast at the hotel with Musher Handler Guy Mark and said she felt civilized.  I was not invited. 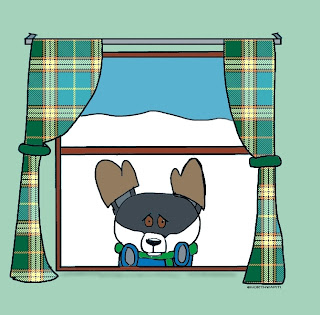 Which leads us to this morning... and I'll let the Musher tell you the story from today. 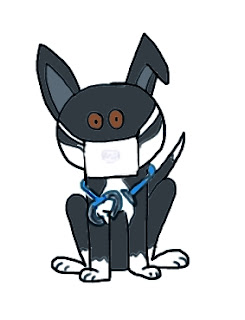 Very nice visual Bet - thanks for the update.
Mary in OR

Bet, you are the best. :) Hope you warm up soon. Sorry Musher Karen had to scratch but we all know she does what is best for the curly tails.

So sorry Bet that you were not able to be a foot warmer. Maybe on the way home.
AAh I know all about truck dogs.