The Musher, Richard, and the curly tails are still very busy training for the upcoming Canadian Challenge, and we're all very busy here helping them get ready as well.

We know that times are tough all over, and appreciate your support and encouragement, but we also realize that there are those of you who would like to support, but maybe can't afford some of the sponsorship levels... so we've found some additional levels of support that you can provide to the North Wapiti Kennels and the Pretty Sled Dogs!

We all know how ruff it is to be a retired sled dog, what with the laying on the cloud, the constant vigilance with the fire extinguisher whenever the Musher cooks, and generally looking adorable and regal.  It takes a lot out of poor Kara especially when she only has one person to give her Dentastix while the Musher and Richard are out gallivanting around with the curly tails.

Therefore, we've started the Kara Dentastix Fund to ensure that Kara gets her well deserved treat for years of faithful sled dog stuff.

Sponsors of the Kara Dentastix Fund will receive their name on the blog, and an Official Kara Dentastic Fund certificate via e-mail (suitable for framing or whatever).  Plus, the most valuable gift... the gift of knowing that Kara gets her Dentastix and has bright, shiny toofies.

You can find the Kara Dentastix Fund button at the right hand side of the blog under "Sponsorship". 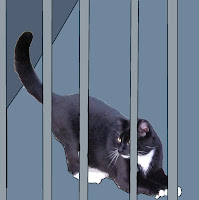 Um, yeah, about that.  It seems that although the Sherpas were able to retrieve Bait from the top of a mountain when our little plan went awry, there were some spying charges filed against Bait, our camera has been confiscated as evidence, and he's languishing in lock-up... so we need some bail money.

Sponsor's of Bait's Bail will receive their name on the blog, and receive an authentic looking Bail Bondsman's certificate of bail, and Bait's undying gratitude because they mentioned something about him having to take a shower soon.

Click on the Bait's Bail sponsor button located under "Sponsorship"

Ya know, really... I don't think this one is needed at all, but apparently my book is a bit outdated or something (who knew sheep changed throughout the years), and the Musher really wanted to get me the new version (on Kindle) that also has sheepy sounds, and a scratch and sniff place so that I wouldn't keep identifying Big Horn Sheep as deer.  Plus, there was that sorta embarrassing thing where I did herd some deer into a paddock and let the sheep out and I told the farmer guy that the Musher would pay to replace the sheepy things... but... whatever.

So, everyone sponsoring my new Sheep Recognition Book will get their name on the blog, and an official certificate of Sheep Stewardship, suitable for bragging rights!

There had been some earlier confusion about sponsoring a dog, we want to clarify that individual Sponsor a Dog sponsorship is $250, and yes, if you'd like to get some people together to go in on sponsoring a dog, contact that Karen E person at: karen@digitalartsupplies.com

There are plenty of very good and hard working pups that don't have sponsors... sniff... seriously?

Here are the pups that are currently racing and giving it their all... except that nobody has sponsored them and they are feeling left out and unappreciated: 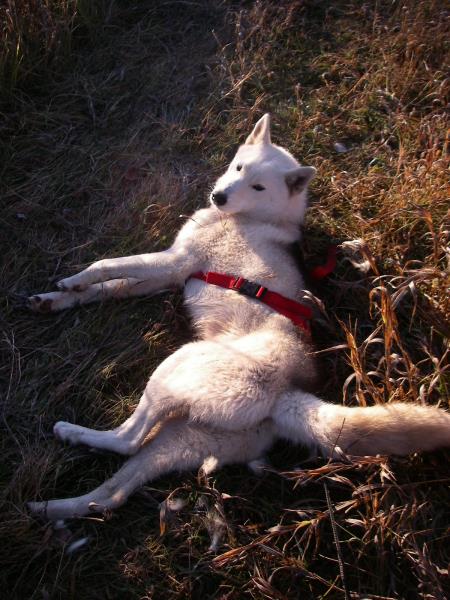 So distraught over lack of sponsorship, the poor curly tail can't even get up! 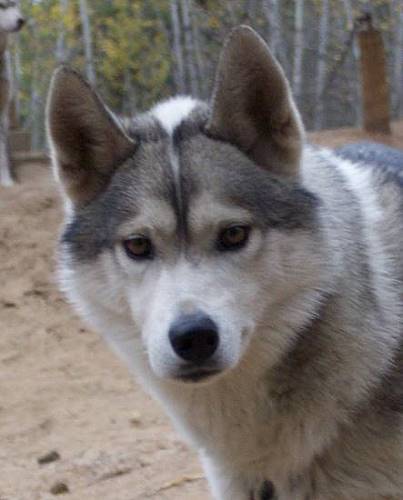 I'm pretty sure this look says:  "Seriously?  Nobody wants to sponsor me?  Really?

I hear him cry at night.

Please, will someone PLEASE sponsor Tramp so she'll shut up!  All day and night, blah blah nobody sponsors me, blah blah blah.

Um... I'd really appreciate it if someone would sponsor Utin.  He's kinda cranky, and frankly he keeps saying something about kicking some Border Collie... you know what, if he doesn't get sponsored.  Seriously... for my sake... thanks in advance.


Finally... if my post doesn't get you to sponsor anyone... then I'll just lay here and stare at you until you do... don't make me whine 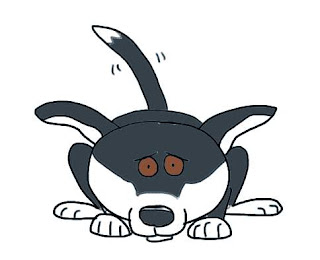 Not sue what made me laugh more, Bet or her comment about Tramp!!

Bet, three of us went together, we each sent our one third via paypal, really easy you guys, not uite as painful when you share with a buddy.

Just contributed to Kara's Toofies. I look forward to reading their antics every morning.

Ah Bet, you just get better and better. :-) And really, teaming up to sponsor a dog makes it quite easy as granimar says.
Tammy